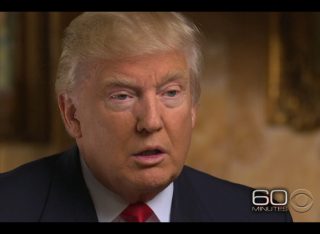 The president-elect explained the logistics of this promise during an interview on 60 Minutes this past Sunday, telling correspondent Lesley Stahl that the initial plan calls for deporting or incarnating up to 3 million immigrants who are here illegally and also have criminal records.

Trump’s remarks seeming got the attention of Mexican President Peña Nieto, who CNN is now reporting is in the process of working on a plan for Mexico to handle a large number of deportations that may take place under a Trump administration.

According to the report, a spokesperson for President Nieto spoke at a press conference on Monday and announced that Mexican Foreign Minister Claudia Ruiz is coordinating efforts inside the Mexican government to prepare for possible mass deportations.  The preparations are said to include a series of plans to manage the flow of a large number of citizens returning to Mexico.

The spokesman also told reporters the matter of deportations will be “part of the agenda that Mexico brings to the table during the bilateral meetings that will take place with the government-elect of President(-elect) Donald Trump.”