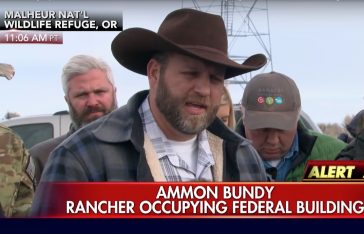 A jury in Oregon shocked pretty much everyone last week after they found Ammon Bundy and six others not guilty of the conspiracy charges at the center of the government’s case over the armed takeover of Oregon’s Malheur National Wildlife Refuge.

Conventional wisdom suggested the jurors decision in the case was based on the idea of jury nullification.

For example, after the surprising not guilty verdict was handed down last week, Lewis & Clark Law Professor Tung Yin told the New York Daily News he believed “it’s really hard to see this as anything other than jury nullification.”

Law professor Doug Linder describes jury nullification on his website as “when a jury returns a verdict of ‘Not Guilty’ despite its belief that the defendant is guilty of the violation charged. The jury in effect nullifies a law that it believes is either immoral or wrongly applied to the defendant whose fate they are charged with deciding.”

However, one of the jurors in the case is now speaking out and his comments suggest the decision to acquit the militiamen was not an example of jury nullification after all.  Instead, the juror (identified only as Juror #4) told the Oregonian newspaper the decision was reached due to the “colossal failure on the part of the prosecution” to present sufficient evidence to prove the elements of the conspiracy charge.

“The prosecution asked us to neglect Judge Brown’s final (binding) instructions when they asserted in closing that adverse possession = conspiracy to impede (as per Mr. Knight’s closing argument), as if defining actions was all that was needed to convict,” Juror #4 wrote in an email to the newspaper.

“All 12 agreed that impeding existed, even if as an effect of the occupation, and that something was very wrong,” Juror #4 added.  “But we were not asked to judge on bullets and hurt feelings, rather to decide if an agreement was made with an illegal object in mind.”

Juror #4 also had a message for critics, saying they should know “‘not guilty’ does not mean ‘innocent.’”