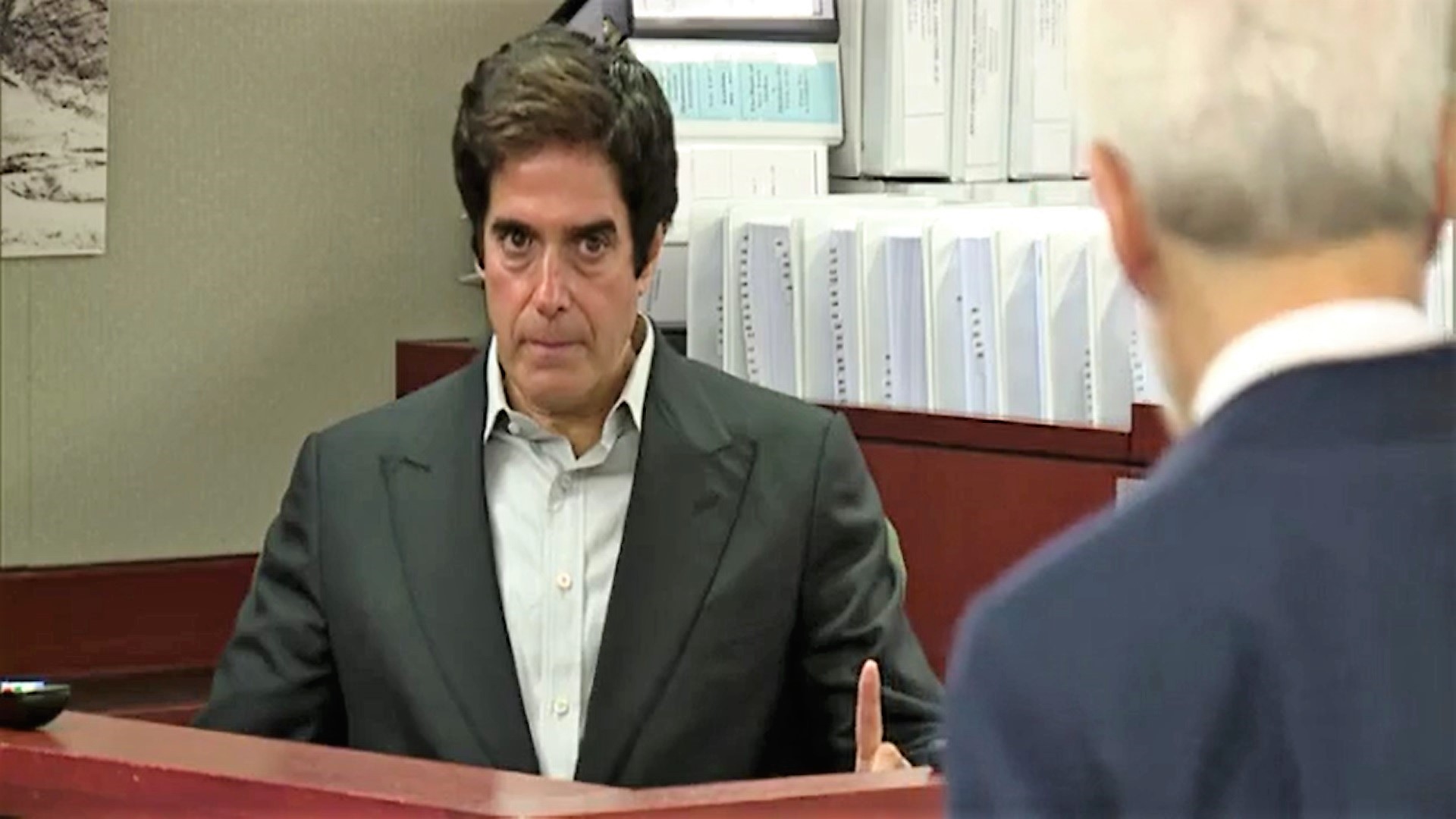 A Nevada appeals court on Tuesday forced a lower trial court judge to pull the plug on some press coverage of the heavily-publicized David Copperfield civil trial in Las Vegas. The Law&Crime Network has been streaming the slip-and-fall case. Previously, the lower court judge had decided to keep the proceedings open to the press.

#DavidCopperfield – Court is in afternoon recess. When it resumes the public/media will not be allowed in until after attorneys get through questioning him about other tricks/illusions, per court order. pic.twitter.com/hUeMxtCMhI

Copperfield’s legal team feared that continued coverage of parts of the trial, which is already in progress, could further reveal the secrets of one of Copperfield’s tricks.

Plaintiff Gavin Cox is suing Copperfield, his company, MGM Grand, and others on claims he slipped on construction dust, fell, and injured himself severely during the performance of a trick called the “Lucky 13.” Testimony last week revealed that Copperfield’s famous trick doesn’t — gasp! — really make people disappear. When 13 people are chosen at random from the audience, led onto the stage, and shrouded by curtains, they are immediately and hurriedly led through a secret door, a series of dark passageways, then outdoors, and then through a kitchen before “re-appearing” elsewhere in the auditorium.

At least one version of the trick, replete with lights and fireworks, is here. Notably, participants are given flashlights, which the lawsuit revealed are as much a distraction for the audience as they are to help participants on their fast, dark, labyrinthian journey back to the realms of non-astonishing, non-vanishing reality.

Apparently, though, there are still secrets buried underneath these secrets. Copperfield’s attorneys filed for, and received, an emergency Writ of Mandamus from the state court of appeals. The lengthy application, which you can read below, makes the following arguments:

Information regarding the illusion and how the illusion is accomplished should not get out to competitors, the media and public.

[Copperfield’s] confidential and proprietary information related to the “Thirteen” illusion are trade secrets pursuant to the Nevada’s Uniform Trade Secrets Act definition of a trade secret . . . that warrant protection by closing certain proceedings to the public and media.

Prior to trial, the parties hashed out confidentiality agreements and protective orders to prevent many of the deep details from becoming public. Because many of the “secrets” were already out there, however, the trial judge initially refused to close the proceedings to the press. The Copperfield team went to the appeals court in the middle of the case to strike the trial judge’s order. The appeals court decided in favor of Copperfield, as the docket notes:

Order . . . granted . . . instructing the district court to close the courtroom during any portion of the trial that describes how an illusion is performed, in accordance with this order.

What’s funny is that Copperfield’s associates have defended him in the slip-and-fall case by saying, in part, that some 55,000 people have performed in his illusions without reportedly becoming hurt (the defense refute that claim and says others have been injured). Courts frequently seek to protect business litigants from disclosing trade secrets, usually by allowing legitimate secrets to be filed under seal. However, here, as many have pointed out, every previous participant in the trick knows exactly how the trick works. The more Copperfield performs the trick, the less secret it is. The less secret something is, the less of a chance courts will generally restrict access to what are normally public proceedings in order to protect the secret.

Copperfield maintained that he makes no illusion about safety:

#DavidCopperfield – Morelli: Is it your responsibility to make sure the route the participants are taking is safe, yes or no?
Copperfield: Yes. pic.twitter.com/DVEePCa3f6

And, some questions, apparently about things which are already public, were discussed in open court:

Watch Live: #DavidCopperfield attorney is walking him through the video of the Thirteen illusion, stopping/starting, asking him about each segment. https://t.co/y92cenvfhx pic.twitter.com/BDwJlRkcQJ

What Copperfield’s team might want to conjure up is a new trick. Perhaps it could be the “Copperfield tries to stuff a genie back into a bottle” trick, or the “Copperfield un-rings the bell trick,” or the “Copperfield become the world’s first person to successfully put the cat back inside the bag” trick. In essence, that’s what they’re trying to do. It seems unfathomable that the “Lucky 13” trick has many more giant secrets left.

[Editor’s note:  This piece has been updated.]