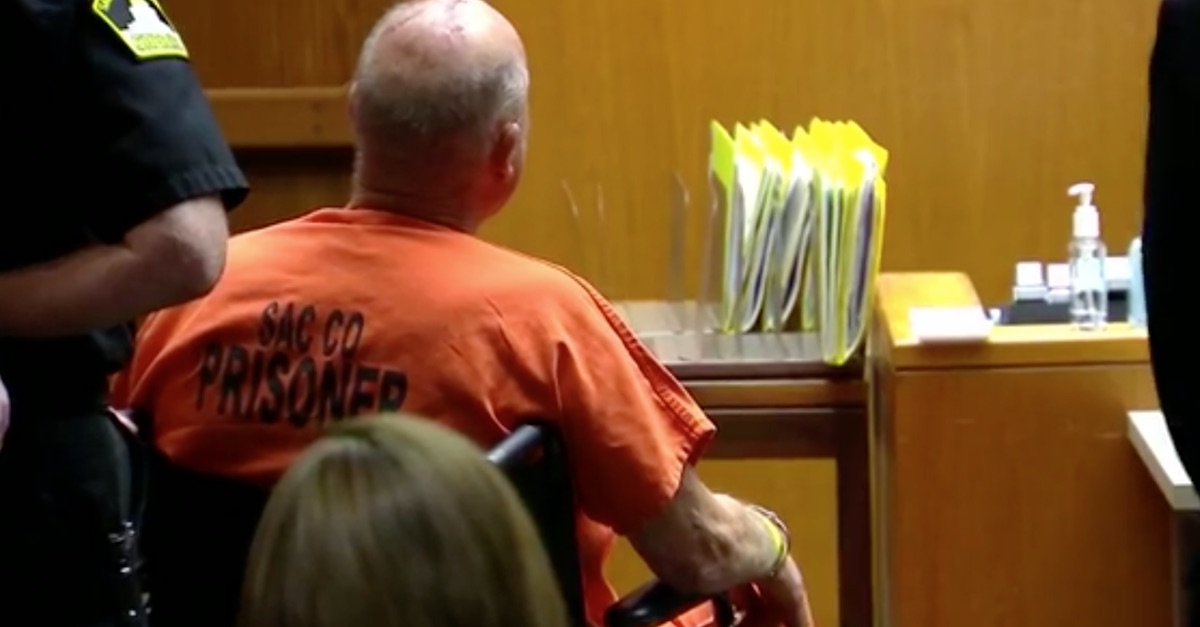 The story of California police tracking down and arresting the man they believe to be the Golden State Killer has been remarkable to watch unfold.

That, after all of these years (the alleged serial killer committed the overwhelming majority of rapes, murders and burglaries between 1976 and 1986 or three to four decades ago), a 72-year-old suspect Joseph James DeAngelo would be wheeled into a courtroom for his arraignment is nothing short of a stunning development.

LIVE: Joseph James DeAngelo, the man accused of being the East Area Rapist, is being arraigned.

It’s not the that of it that anyone has an issue with since the better part of ourselves always desires justice, it’s the how — namely, the police use of a genealogy website GEDMatch to go from point A (the killer’s DNA sample found at two murder scenes) to point B (a relative’s match) to lead back to point A.

Anyone worried about such practices potentially violating contract law or violating privacy rights guaranteed by the Fourth Amendment — the “right of the people to be secure in their persons, houses, papers, and effects, against unreasonable searches and seizures” — will probably point to the following news nugget: police did this and got it wrong already.

Jerome Buting, who you may know as the criminal defense attorney for Steven Avery in “Making a Murderer,” shared a WIRED article earlier Friday headlined “Your Relative’s DNA Could Turn You Into a Suspect.”

Buting said the practice used in the arrest of DeAngelo is “becoming more prevalent.”

This is becoming more prevalent, as the arrest in CA of alleged serial killer shows. https://t.co/gwYZA5R2OJ

Lo and behold, not long after this the Associated Press reported Friday that court records from March 2017 show police misidentified a 73-year-old Oregon man as a possible suspect by using information from “genetic websites.”

The records showed that they created a genetic profile based off of the DNA, created a family tree, used public records and ultimately cited a “rare genetic marker” to get a judge to order the 73-year-old to provide a DNA sample.

He wasn’t the right guy.

What this means could simply be what Law&Crime‘s Aaron Keller wrote earlier: “It’s the age-old adage:  first, humans invent something new; next, the law struggles to determine the right and the wrong ways to use the invention.”

What it also means is, until that determination is made, there’s no reason why what happened to that 73-year-old man Oregon can’t happen again.

In the meanwhile, people might be thinking twice about exploring genetic testing, though the terms and conditions of these sites do vary.