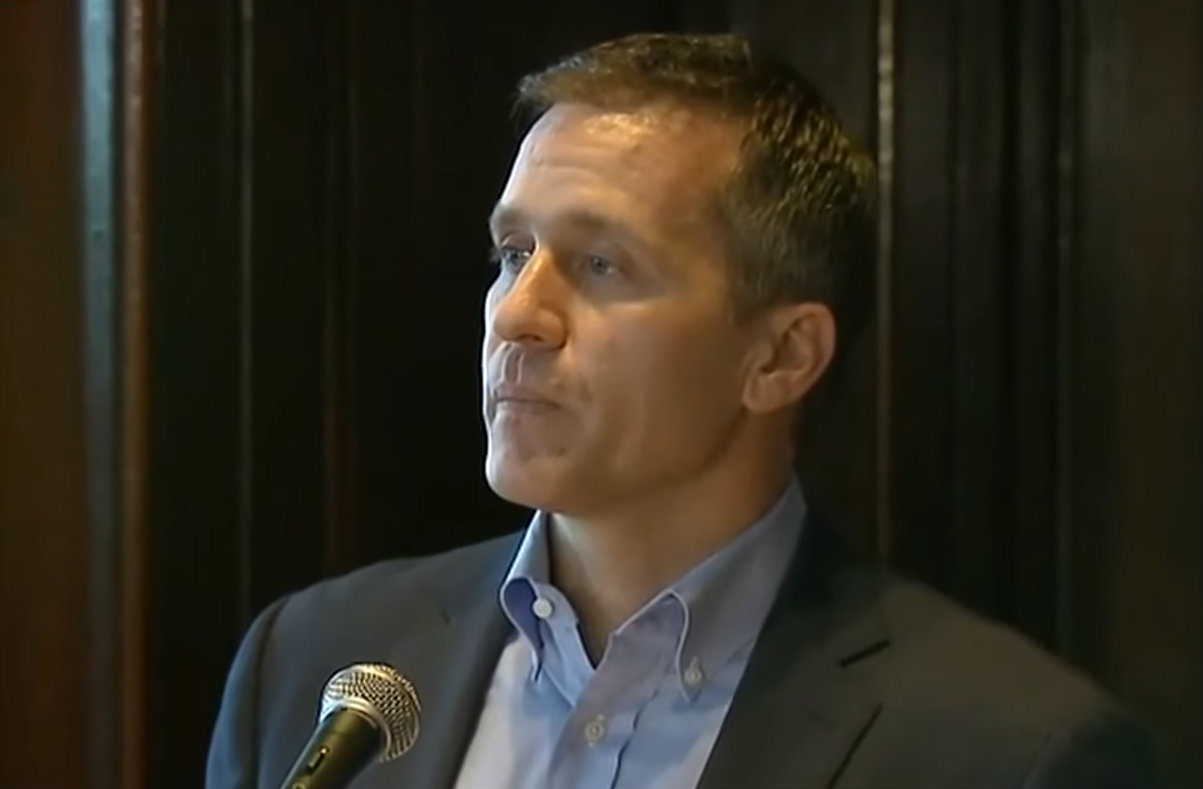 A newly released report by a special investigative committee in the Missouri House of Representatives shows that a woman testified state Governor Eric Greitens emotionally and physically abused her during an affair. This follows the politician’s indictment in February for first-degree felony invasion of privacy because he allegedly took a nude picture of her without her permission.

She was a credible witness, said House investigators in their report. The woman, identified as a hairdresser, said she met Greiteins when he became a client in 2013.

“I thought he was this perfect guy,” she said.

Greiteins was a Navy SEAL, an author, a motivation speaker, a volunteer at a charity. She said she had a crush by the time of his appointment on March 7, 2015, months after she had last done his hair. The woman claimed he tried he moved his hand up her leg to her crotch without her consent during this appointment, but said she remained “curious” if ambivalent about him trying to call her later.

“I didn’t want to talk to him, but I did want him to call me,” she said. The woman said she was separated from her husband at the time. She ended up meeting him at his home on March 21, after he refused to meet her in public because he was running for office, she said. He patted her down, took her purse and keys, removed the things from her purse and searched it, patted her down, and made sure no one followed her, she said.

As the woman described it, he invited her to what she believed to be a “sexy workout,” gave her clothes to change into, taped her hands to pull-up rings using “this gauzed tape stuff,” and blindfolded her. He tried to spit water into her mouth, and the woman said, “At which point I realized he’s trying to kiss me, but I don’t even want to kiss him.” She spit out the water, and he tried to do it again, she said, adding that she allowed the water to dribble out because she didn’t want to kiss him.

The woman said Greitens then started kissing her without her permission, tore off her shirt, and pulled her pants down.

“[T]hen I hear him kind of, like, step back — take a step back and I hear — I can hear like a, like a cell phone — like a picture, and I can see a flash through the blindfold,” she said.

The woman testified before the House committee last March 7. The committee pointed out that that on April 9, they learned about a motion filed in the criminal case by Greitens’ attorney, which claimed that the woman testified to never seeing him with a camera or phone.

In her testimony before the House, the woman said Greitens tried to pressure her to staying silent about all this, spanked her, refused to let her leave without making her perform oral sex. In a later incident, he open-handed slapped her after she said she had slept with her husband in the time that they’d seen each other, she said.

The governor declined to testify before the House, and the committee said they wouldn’t hold it against him.

Greitens has previously admitted to having an affair, but is fighting the invasion of privacy charge. A trial is scheduled for May, and he called the House investigation a “witch hunt.”