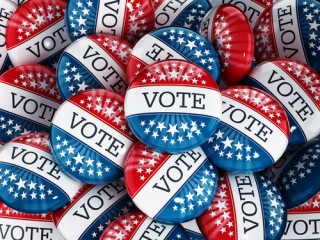 New Hampshire poll workers will be whipping out their state-issued polaroid cameras tomorrow to photograph any voters who don’t bring ID and still want to vote. This requirement is part of a new New Hampshire voter ID law that was adopted in June 2012. This will be the first federal election in which this latest provision is implemented.

The Republican-supported law was passed in 2012, and requires voters to show one of several forms of ID including college IDs. If a voter doen’t bring one, they can sign an affidavit, but must also have their picture taken. Some are concerned that the photo requirement could scare off potential voters and cause long lines.

“Certainly there is always some concern that some voters will be intimidated by the picture taking process, and that anything that adds an additional burden could increase wait time,” said Devon Chaffee, the executive director of the ACLU in New Hampshire.

“What is unclear is what if any purpose this provision serves,” Chaffee said.

Here is what happens if a voter doesn’t want to take a photograph, according to New Hampshire’s Secretary of State website: