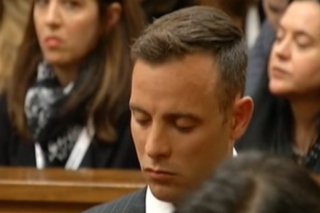 The sentencing of Oscar Pistorius, the Olympic sprinter and double amputee who murdered his girlfriend, Reeva Steenkamp in 2013, is taking place this week, with Tuesday being the second day of the sentencing hearing.

Steenkamp’s father Barry testified at the hearing on Tuesday, saying Pistorius “has to pay for what he did.”

Pistorius was originally convicted of manslaughter for shooting Steenkamp, but the South Africa Supreme Court upgraded it to murder in 2015. He faces a minimum of 15 years in prison, although a judge may reduce it in certain situations, NBC News reported.