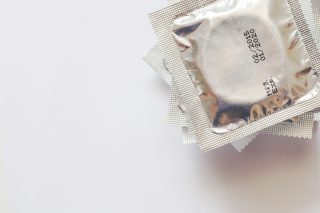 According to the San Jose Mercury News, Prop 60 has bipartisan opposition from lawmakers, despite an LA Times poll showing 55 percent of voters support it. The state’s Democratic and Republican parties are both against the proposition. So are Libertarians, the Free Speech Coalition, and the Adult Performer Advocacy Committee. Adult film performers and producers argue that all it will do is force the industry to take their business elsewhere. A similar Los Angeles County rule resulted in films being shot in nearby locales instead.

Federal Occupational Safety and Health Administration regulations already require performers to use condoms, but failure to abide only results in a fine. If Prop 60 passes, violators could be sued.