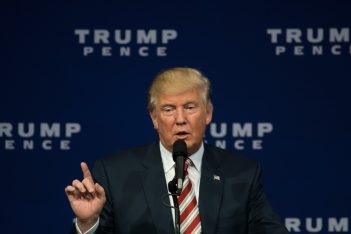 Former chairman of the DNC and failed presidential hopeful Howard Dean raised eyebrows last night when he suggested Donald Trump’s sniffling during the debate may be the result of “coke” use.

Obviously, there is nothing to suggest any truth to Dean’s assertion.  However, the out of left field remarks have brought new attention t0 an old court document uncovered by The Smoking Gun last February indicating Trump did once vouch for a convicted cocaine dealer.

The documents show that back in 1987 Trump wrote a letter on behalf of Joseph Weichselbaum, a man who was then about to be sentenced for his role in a scheme to import cocaine from Colombia to the United States.  The letter written by Trump reportedly referred to Weichselbaum as “conscientious, forthright and diligent” and a “credit to the community.”

It is unclear why Trump wrote the letter, or how he was apparently aquatinted with Weichselbaum, but the article suggests the two may have known each other through Weichselbaum’s charter helicopter business.