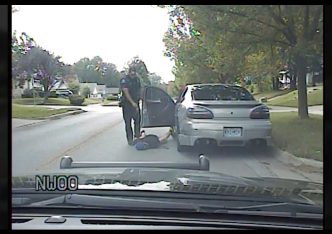 A Missouri teenager who nearly died after being shot by a taser filed a federal lawsuit on Monday against current and former members of the Independence, MO police department and TASER International, Inc.

In 2014, Bryce Masters was stopped by former Independence police officer Timothy Runnels as part of a traffic stop.  The situation escalated and Runnels shot Masters in the chest with his taser, holding the trigger down for at least 20 seconds.  Masters collapsed and the lawsuit alleges he went into cardiac arrest for nearly seven minutes until EMTs began performing CPR.

Runnels pleaded guilty in May 2016 to violating Masters’ civil rights and he was sentenced to four years in prison.

The lawsuit alleges Runnels had previously been “compelled” to resign from the Kansas City, MO police department (KCPD) as the result of his “poor judgment and temperament.”  It further alleges KCPD commanders designated Runnels as “not eligible for rehire.”  Despite all of this, the lawsuit alleges Independence, MO police still decided to hire Runnels.

Another officer arrived on scene and noticed Masters did not appear to be responsive.  An ambulance was called and Masters was rushed to the hospital.  The lawsuit states, “[M]edical staff initiated a cooling protocol that minimized Bryce’s anoxic brain injury, and, remarkably, he survived, regained consciousness, and began the slow, painful recovery….”

As a result of the incident, the lawsuit further alleges Masters “lives not only with memory deficiencies and other cognitive impairments, he has post-traumatic stress, extreme anxiety, and severe insomnia that makes interpersonal relationships challenging and difficult to an extent that they were not before his anoxic brain injury.”

In addition to making claims against the Independence police, the lawsuit alleges TASER International, Inc. has been well aware of the dangers associated with its products for over a decade. The lawsuit cites articles from several medicals journals as well as previous tests conducted by TASER that found the use of tasers could cause cardiac arrest, especially if fired close to the heart.

After the plea agreement in the criminal trial earlier this year federal prosecutors released the dash cam recording of the incident.  The disturbing video quickly caused the case to become a national story.

Messages left by the local newspaper to Taser and Independence police were not immediately returned.