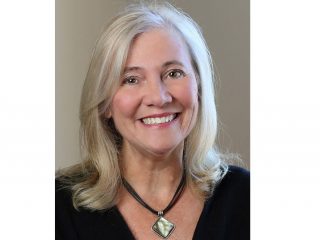 The University of Oregon released a report from their investigation into one of their law professors, who wore blackface as part of a costume at a Halloween party she hosted earlier this year. Professor Nancy Shurtz wore black makeup on her face and hands, while dressing up as Dr. Damon Tweedy, author of Black Man in a White Coat. According to the report, Shurtz had announced before the party, to which students were invited, that she would be dressing as the title of a book, without giving further details.

Following the party, a number of students complained to the school’s Dean of Students, prompting an investigation which included interviews with students, faculty, and Professor Shurtz. No one told Shurtz at the time that her costume was offensive or problematic, although two students emailed her afterwards. In response, Shurtz sent an email to her classes explaining why she dressed as she did. She also apologized to two students of color who were at the party. Shurtz has previously served as the chair of a school diversity committee.

Despite this, fellow faculty members called for Shurtz’s resignation, and she was place on administrative leave while an investigation went on. During the investigation, which was conducted by local law firm Barran Liebman LLP, one student recognized that Shurtz’s intention behind the costume was to start a conversation about discrimination. Those in attendance at the party told the university that Shurtz did not seem to notice that anyone was uncomfortable. When Shurtz spoke to school officials afterwards, she acknowledged that she had made a mistake.

While Professor Shurtz may not have had ill intent behind her costume, the university found that she committed discriminatory harassment by dressing in blackface at the party, due to the responses of the students involved, noting that the atmosphere at the law school “has become hostile.” Shurtz is a public employee, with freedom of speech rights, but the investigation ultimately concluded that ” the actual disruption and harm to the University resulting from [her] costume” outweighed her free speech interests.

Law professor Jonathan Turley took issue with this on his blog. Professor Turley said that if a public school restricts free speech, even when it’s offensive, it raises the issue of how far they can go. “The question remains not just the protection afforded free speech, but, if free speech is to be curtailed by universities, what the standard is for faculty in conducting or expressing themselves,” Turley wrote.

Turley also cited two court cases where black face was deemed permitted free speech, despite its offensive nature. One of those cases, Iota Xi v. George Mason Univ., involved a student dressing in blackface at a fraternity event at a public university. The other case, Berger v. Battaglia, involved a police officer who dressed in blackface, and the court ruled that his employers were not properly justified in punishing him for it. Of course, both of these cases were from the Fourth Circuit Court of Appeals, which does not cover Oregon.

While Coltrane did not specify what kind of discipline Shurtz will face, The Oregonian reported that she is still on the school’s faculty, and while she is no longer on administrative leave, she is not set to teach any classes next semester. LawNewz.com reached out to Shurtz, who has not responded to a request for comment at this time.