Uber Driver Charged With Michigan Shootings Said the App Made Him Do It | Law News
$promoSlice() doesn't exist! 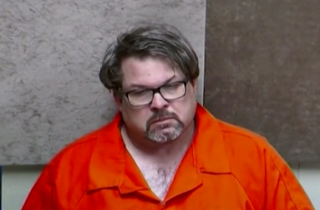 A public records request has revealed very bizarre statements made by accused Kalamazoo shooter Jason Dalton, the Los Angeles Times reported. The documents, which were turned over by the Kalamazoo County sheriff’s office on Monday, include statements Dalton made to authorities.

Dalton, an Uber driver, said he was being controlled by the Uber app on his phone, according to police. Dalton told investigators, “it feels like it is coming from the phone itself and he didn’t know how to describe that.”

Dalton is charged with shooting eight people, killing six of them. He allegedly committed the acts while on the job, taking customers before, during, and afterwards.

The report said that Dalton claimed he was not a killer, but he knew that he killed. After the first shooting, he reportedly told his wife that they “couldn’t go back to work anymore and the kids could not go back to school.” He told her that she would find out why on the news.

Other than claiming that the phone app made him do it, there is no indication as to what the motive behind the shootings could have been.

Earlier this month, a judge ordered Dalton to take a mental competency examination.