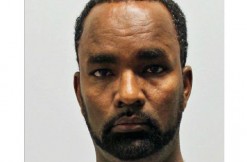 A Minnesota teen said she just wanted to go her home. Her Uber driver is accused of wanting to go to his. For sex.

Dahir Aden, 50, picked up the alleged victim on August 4, according to a criminal complaint obtained by Fox 9. The girl also had him pick up, then drop off a friend in Minneapolis. After that, she tried to have him bring her home, but he allegedly refused, instead driving on the highway. She asked him where he was driving, and he allegedly said they were going to his apartment for sex—And don’t tell anyone.

The teen, who has not been named in reports because she is a minor, said, uh, no, and texted her friend to call authorities. They got to his place, where he told her to “go inside, go inside to have quick sex.” She resisted, telling him no, and ran away.

Cops later got to the scene. According to them, Aden insisted that she was his girlfriend, then recanted that apparent lie. They found several condoms in his possession.

Aden has his been charged with false imprisonment. He faces up to three years in prison, and a $5,000 fine.
–