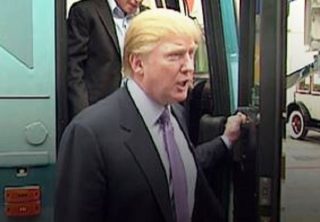 Ahead of the Trump University trial which is expected to start next month, Donald Trump‘s attorney filed a motion in court late Thursday hoping to keep a whole slew of information out of the case, including the sexual assault allegations against the presidential hopeful. They also want to prevent the 2005 Access Hollywood recording where Trump made some highly inappropriate remarks about women out from being introduced as evidence. On top of that, Trump attorneys don’t want anything mentioned about his bankruptcies, tweets, campaign speeches, and taxes. Trump is facing a class action lawsuit filed by a group of former students at Trump University who claim they were hoodwinked into paying exorbitant fees in a alleged fraudulent scheme.

“Courts have excluded evidence about another well-known entrepreneur’s background and character on the grounds that it is prejudicial and plainly intended to cast a bad light on the defendant based on prior, unrelated publicity,” Daniel Petrocelli and David Kirman, attorneys for Donald Trump wrote in a motion to exclude evidence, “Here, there is a grave danger—if not certainty—that the evidence and  argument subject to this motion, if admitted, would cause irremediable prejudice and confusion.”

So here’s the list of what Trump wants to keep out of the upcoming Trump University trial which is scheduled to start after the election on November 28, 2016.

That’s quite a list. The request comes among several motions filed by both sides late Thursday. The plaintiffs, for their part, are also looking to exclude testimony about Trump University, LLC’s purported “98% approval rating” and student-victim evaluations.

Trump is expected to be called as a witness, but isn’t required to attend. The case is being heard before U.S. District Court Judge Gonzalo Curiel, the same judge who was attacked by Trump this spring for his Mexican heritage.