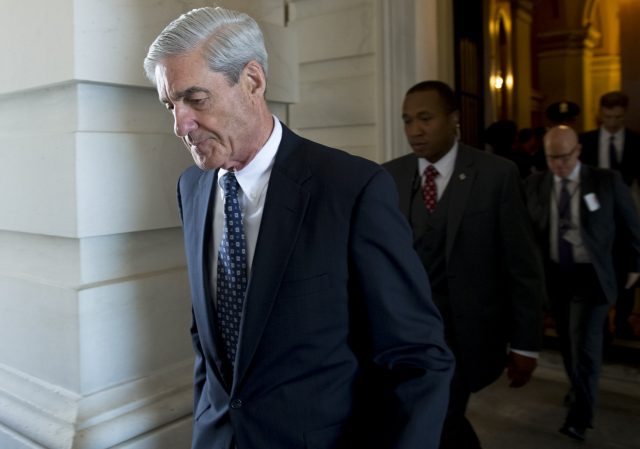 Buried in a NBC News report previewing the State of the Union, is a fairly large bombshell that no one is really paying attention to.

President Donald Trump is apparently considering a move that would have Attorney General Jeff Sessions prosecute special counsel Robert Mueller along with the latter’s army of attorneys and investigators.

The decision to possibly prosecute Mueller is apparently being bandied about amongst Trump and some of his closest friends. An unnamed Trump adviser recently spoke to NBC News‘ Howard Fineman and described the White House’s line of thought on a potential Mueller prosecution:

Such a strategy has apparently been debated by Trump and his closest allies at the White House for an indeterminate amount of time, but has only been brought into serious contention as of late due to the all-but certain torrents of political hellfire likely to result from the more direct–and more abrupt–method of simply firing Mueller.

One of Trump’s friends told Fineman, “I think he’s been convinced that firing Mueller would not only create a firestorm, it would play right into Mueller’s hands,” while another said the idea was decided against “because it would give Mueller the moral high ground.”

The idea to potentially prosecute Mueller is said to be one arrow in the Trump team’s quiver that could be used to discredit the investigation and its leadership, along with that of the FBI–without having to take official moves aimed directly at the investigation itself, according to the report.

Trump and his people are said to be moving more aggressively in this direction as the president’s infamously shallow well of patience depletes ever more. As of now, there are no indications what charges Sessions would likely bring against Mueller if he were to go down that route.

This is a breaking story. Law&Crime will update this space as more information becomes available.

Editor’s note: this article was amended post-publication in order to clarify an idiomatic phrase.