11-1 Jury Verdict Should Not Be Enough 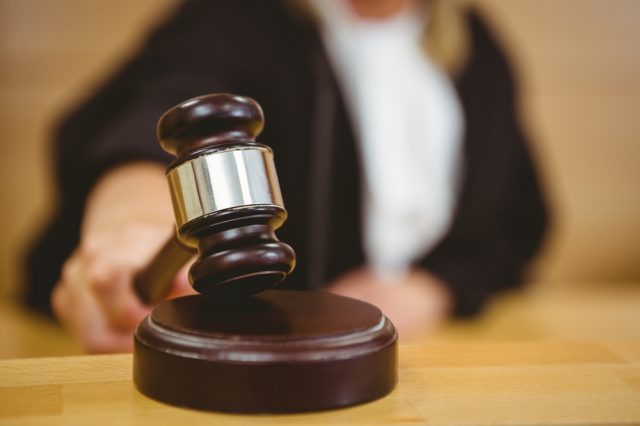 Some years back, I sat transfixed at a dinner held at the U.S. Supreme Court. The event was arranged, interestingly, by a Chabad rabbi who was a friend of the vibrant, and, I must admit, charming, Justice Antonin Scalia. The audience was comprised largely of Jewish judges and lawyers from around the nation. Whatever one might think of the Justice’s jurisprudence, he was a gifted after dinner speaker. As one of the dinner’s hosts (along with Justices Breyer and Ginsburg), Justice Scalia talked about how he, a Jesuit student and later death penalty proponent, actually gained much of his death penalty thinking from the Orthodox Jewish friends of his childhood who were studying the Talmud.

He explained Talmudic lore on the subject thusly: if the Sanhedrin – the Jewish high court that sat in Temple times – was unanimous in choosing to impose a death penalty judgment, the individual who was being prosecuted couldn’t be executed. As Scalia presented it to the friendly audience who received it with unanimous laughter: “According to the Talmud, if everyone agrees, it can’t possibly be right. This is so Jewish!”

Now, for sure, Justice Scalia took some minor liberties with the interpretation of Talmudic doctrine. But he was essentially correct – the Talmud does say that if the 23 judges who sat on a capital case “all saw fit to convict him they will not see any further possibility to acquit him, because there will not be anyone arguing for such a verdict. Consequently, he cannot be convicted.” Not surprisingly, Talmudic scholars have struggled to interpret this tractate for centuries and, again not surprisingly, those scholars don’t agree. Perhaps the simplest explanation (at least given today’s mores) is that there must be someone to argue on behalf of the accused so that someone – one judge – must argue for his innocence.

While a thought-provoking concept, the Sanhedrin’s policy clearly isn’t what has guided American law that absolutely requires unanimous verdicts in federal criminal cases in order to convict (or, for that matter, to acquit) and, significantly, to impose a death penalty – it’s actually the opposite. So, for the post-Talmudist creators of American law, unanimity in jury verdicts is actually an indication that the law is being meted out fairly against an accused, rather than the other way around.

And isn’t American federal law as it should be: that the accomplishment of unanimity by a jury actually suggests that the result reached is in fact – or, at least more likely – just? After all, if only Eleven (out of Twelve) Angry Men were needed to convict, wouldn’t it be likely that there would be more unjust verdicts? Indeed, we know, from the fine work of The Innocence Project (among others), how too often there are unjust verdicts, especially in capital cases. Doesn’t jury unanimity – twelve people unanimously finding no reasonable doubt – lead to greater confidence in the decision-making process, not to mention the actual decision reached? Isn’t that commonsensical?

Why is this even an issue now? In 1972, the Supreme Court determined that, while unanimous verdicts are required in federal cases, the Fourteenth Amendment does not carry the rule over to states. Thus, if an individual state’s statutes allow, say, a vote of 11-1 or 10-2 to convict, it is permissible under the U.S. Constitution. Only two states – Louisiana and Oregon – allow non-unanimous verdicts for felony convictions, although Oregon does require unanimity for murder trials. One other state – Alabama – allows that, after conviction by a unanimous jury, only ten of those jurors are required to impose the death penalty (Alabama’s law which permitted a single judge to impose the death penalty even if a jury imposed life was first was removed only less than a year ago).

Oregon currently, however, is strongly considering a state constitutional amendment that would require unanimous jury verdicts in all felony criminal cases. And even though it would make it harder for the district attorneys to convict, the Oregon District Attorneys Association (the members of which are the State’s prosecutors) commendably supports the amendment. Let’s face it, unanimous verdicts will very likely result in fewer unjust convictions.

Interestingly, though, one Oregon district attorney opposes the amendment, arguing that non-unanimous verdicts increase the likelihood of resolving cases “in both directions.” And he is certainly right. It is far easier to persuade a defendant that a non-unanimous jury will be more likely to convict him, even for something he didn’t do – thus leading him, perhaps even if innocent, to plead guilty to avoid a likely harsher sentence if convicted after trial.

There is great value to requiring unanimous verdicts across all of the United States. Bear in mind, the only other state that allows non-unanimous verdicts, Louisiana, has a horrible history of prosecutorial misconduct – in part based on the historic failure of some of their prosecutors to turn over exculpatory material that might undermine convictions. The U.S. Supreme Court has been faced with a significant number of Louisiana cases involving such defective convictions. Perhaps the best known is John Thompson. He sat on death row for 14 years until it was discovered that the DA failed to disclose a critical crime lab report. After he was exonerated, he was awarded $14 million dollars. In a 5-4 decision, the Supreme Court reversed the award because Thompson could not show a “pattern” of abuse. But a new lawsuit, brought by a man who spent 23 years in jail after Louisiana prosecutors deliberately withheld exculpatory evidence, was just filed, alleging just that “pattern” the Supreme Court found Thompson failed to show. He alleges 45 cases involving such misconduct and contends that there were far more, but that the wrongdoing was never discovered!

Assuming Oregon amends its state constitution, and even if not, Louisiana should be persuaded by right thinking commentators from all around the United States to join the rest of the country. And if Louisiana isn’t listening, maybe it is time for the Supreme Court – which has dealt with a number of questionable Louisiana convictions – to reconsider its decision made just this past October when it declined to take a case which challenged Louisiana’s non-unanimous jury scheme. It is time for the Court to reconsider the constitutionality of non-unanimous verdicts. For to make that happen, along with Oregon (it is hoped) now doing that for itself, will make the requirement of unanimous juries a unanimous reality.

Joel Cohen  is a former state and federal prosecutor, and practices criminal defense law at Stroock & Stroock & Lavan LLP in New York. He is an adjunct professor at Fordham Law School, rregularly lectures and writes on law, ethics and social policy for the New York Law Journal and other publications, and is the author of Broken Scales: Reflections on Injustice (ABA Publ. 2017). Dale J. Degenshein, special counsel at Stroock, assisted in preparing this article.