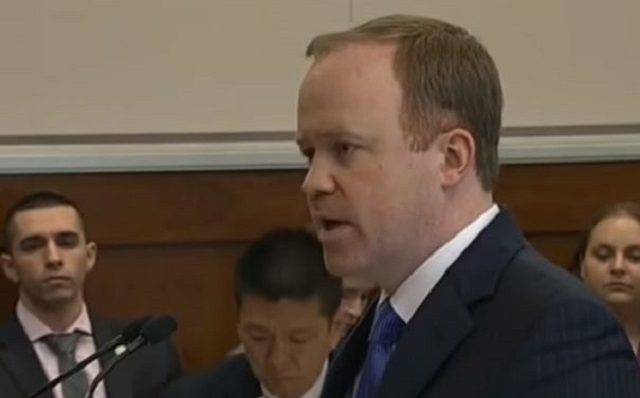 Yesterday, Acting Solicitor General Jeffrey Wall unveiled a lack of professional integrity for the Ninth Circuit and all the world all to see. His message was clear. So long as it serves the interests of his client, one President Donald J. Trump, he’ll say pretty much anything. Yesterday, during oral arguments supporting Trump’s Muslim travel ban, Judge Richard Paez called on Wall to define the limits of his argument. When Paez asked Wall whether the internment of Japanese citizens during World War II would be Constitutional under the government’s current argument, Wall replied:

“This case is not Korematsu and if it were I would not be standing here and the United States would not be defending it.”

Of course, Wall is wrong on both counts. This case strikes me as being exactly like Korematsu, and whether we’re talking about the current litigation or the one from the 1940s, Wall would absolutely be there defending it.  Let’s just recap the situation with Fred Korematsu, so that we can remember it in all its horrific glory.

In 1942, President Franklin Roosevelt issued Executive Order 9066.  It authorized the Secretary to War to set up prison camps in the Western U.S. and to throw Japanese people into them. And by “Japanese people,” I don’t mean just people from Japan – but also American citizens of Japanese descent. And by “prison camps,” I fully mean that people were rounded up from their homes and thrown into “internment camps,” which were a lot like … well, you know.

Pearl Harbor had just been attacked, and everyone – including Roosevelt – was on edge.   Fred Korematsu, a Japanese-American civil rights activist, refused to be imprisoned, and instead, went into hiding. When he was captured and prosecuted for his disobedience, Korematsu (with the help of the ACLU) challenged Executive Order 9066 in court. The case went all the way up to the Supreme Court, which ruled 6 to 3 that we just can’t be too careful when we’re at war. The majority opinion, authored by Justice Hugo Black, held that 9066 was constitutional; given the perilous times, the right of the President to protect the nation from espionage outweighed the individual rights of Japanese-Americans. In retrospect, Korematsu v. U.S. stands out as a shameful example of SCOTUS getting it wrong. It takes its rightful place alongside Plessy v. Ferguson and Dred Scott v. Sandford – jurisprudence rooted in racism and hatred, when SCOTUS failed to stand up for human rights; it’s worth noting though, that those other cases eventually were reversed. Korematsu, on the other hand, still stands, primarily because there hasn’t been another case similar enough for SCOTUS to overrule it. Until now. So we can thank Trump for that.

President Trump’s Muslim ban bears a striking resemblance to Executive Order 9066. I know, I know, it feels less icky, because it’s just “keeping people out,” instead of rounding up folks from their homes and throwing them into camps. Maybe things would change if someone made a movie starring a wise old Muslim guy imparting wisdom on a Ralph Macchio-type.

At their core, the executive orders at issue in Korematsu and Trump’s travel ban are the same. They use overly-broad concern for “national security” to strip people of their individual rights based solely on their heritage. Sure, a good lawyer could pull out some distinctions between the two; the rights in question are different, after all. And Jeffrey Wall could well have made a solid argument highlighting the differences between the two. But his protest that Korematsu is so different that he “would not be standing here and the United States would not be defending it” punches a Trump-sized hole into any semblance of credibility the government may have had left.

The United States not only would defend a case on Korematsu’s facts – it actually did. If Wall had been on staff in 1944, you’re damn straight he’d have been standing up and making all the same arguments then-Solicitor General Charles Fahy did. I don’t know what Wall thought he was pulling in front of the Ninth Circuit, but I’m pretty sure that they also know that Solicitors General don’t get to simply decline to make arguments in cases the federal government decides to litigate.

Maybe Wall was implying that he has more integrity than his 1944 counterpart did. And that’s likely true on some level, given that Fahy hid from the Court an official report indicating that there had actually been no evidence of Japanese-American espionage. Here’s another fun fact – the 2011 Acting Solicitor General who officially acknowledged Fahy’s misconduct affecting Korematsu was Neal Katyal. Sound familiar? It should. He’s the plaintiffs’ lawyer in the current case before the Ninth Circuit. Yesterday, he made the following argument to the Ninth Circuit:

Katyal reminded the court, “This very courthouse, which tried, convicted, and then later exonerated Gordon Hirabayashi 44 years ago, stands as a physical reminder about what is at stake” – referencing Mr. Hirabayashi’s failed challenge to a curfew for Japanese-Americans during World War II.

Every lawyer has, at some point, handled the difficult task of making an argument for a client he or she believes is wrong. That’s just part of the job. But there is a way to zealously advocate without offering the court ridiculous half-truths and arguments based in fantasy. Wall’s statement was false, plain and simple. Whether it will be swept up in a pile of disregarded lawyerbabble and meaningless extemporaneous puffery remains to be seen.  But I won’t forget, and likely, neither will anyone following these cases.