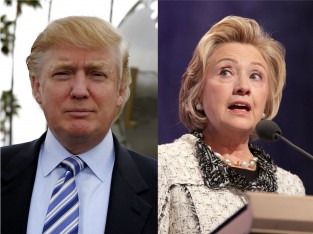 As LawNewz.com reported earlier on Tuesday, CNN, CBS, ABC, NBC, the Washington Post, the Tribune Company, and The New York Times recently filed a joint Motion to Intervene in the Trump University lawsuit (and apparently snubbed Fox News in making their request). Essentially, the “Media Intervenors” are asking a judge to release portions of the videotaped “Trump Depositions” that are not already public. Major media outlets going after everything Donald Trump should not come as a surprise to anyone who has been watching this election cycle. However, Trump is not the only presidential candidate currently at the center of a major civil lawsuit. In addition to her potential criminal troubles, Hillary Clinton and her closest aides find themselves at the center of a civil lawsuit that is far more important and telling about the candidate’s character than anything related to Trump University.

Yet, no major media outlets are joining together and beating down the courthouse door to unseal records related to the Clinton civil lawsuits. Some will say this screams double standard — in fact, many of our commenters have done just that — and this time, they could not be more right. Here is why.

For the sake of brevity, here is a summary of the Media Intervenors’ major arguments in support of making the “Trump Depositions” videotapes public.

First, they argue Trump is the “presumptive Republican presidential nominee” who has made his business skills a central part of his campaign. They even go so far as to say that Trump’s political opponents’ using some of the allegations to criticize his “qualifications for the presidency” means the lawsuit “has become a prominent electoral issue” and “raises important questions about [Trump] and his organization.” An additional basis provided by the Media Intervenors is that the case has generated “undeniable and substantial public interest in these proceedings” and thus, there is a “need for transparency.”

Finally, the Media Intervenors argue “the strong public interest in this case, which involves serious allegations of fraud that have become a prominent issue in the 2016 presidential campaign, weighs in favor of public disclosure of materials produced in the course of the litigation.”

All of this may be true. However, the argument could and should be made by media organizations when it comes to making public the videotaped depositions of Hillary Clinton’s aides in the Freedom of Information Act lawsuits brought by Judicial Watch. This is especially true if Hillary Clinton is ultimately deposed, which may very well happen in the near future.

For example, Hillary Clinton is the likely Democratic presidential nominee and she has made her time as Secretary of State a central part of her campaign. Furthermore, her political opponents (and even some in her own party) have questioned her judgment in using a private e-mail server while serving as Secretary of State. The allegations surrounding her use of the private server, including her cavalier attitude about national security concerns raise important questions about her qualifications for the presidency. Moreover, the fact that her staff did little, if anything, to discourage her from violating State Department policy and federal records laws raises important questions about Clinton and the people she chooses as close aides. All of which has created an unbelievable amount of public interest and given (her lack of) transparency is at the heart of the matter, it seems to follow that transparency should be paramount in the investigations into her conduct. Finally, the Clinton e-mail matter involves equally, if not far more serious allegations, than the fraud allegations surrounding the Trump University lawsuit.

And in case you are inclined to make the argument that the circumstances are different because one case involves an actual presidential candidate whereas the other involves the aides of a presidential candidate, allow me to stop you in your tracks. Cheryl Mills, Huma Abedin, Jake Sullivan and the other major Clinton aides that have been or will be deposed in the FOIA lawsuits have always been and likely always will be central figures a tight-knit Clinton campaign and/or administration. They have been central figures in a majority of the latest “Clinton Scandals” and given the positions of trust they are likely to hold, they also deserve extra scrutiny.

This is not just a brief argument as to how and why Clinton’s case deserves more media scrutiny, it also highlights serious hypocrisy in the major media outlets. This should be a no brainer — not just for media executives looking for shed the partisan labels — but for actual journalists interested in bringing the whole truth to the public about two people vying to be the next leader of the free world.