The Latest: Cosby Defense Rests After Calling One Witness 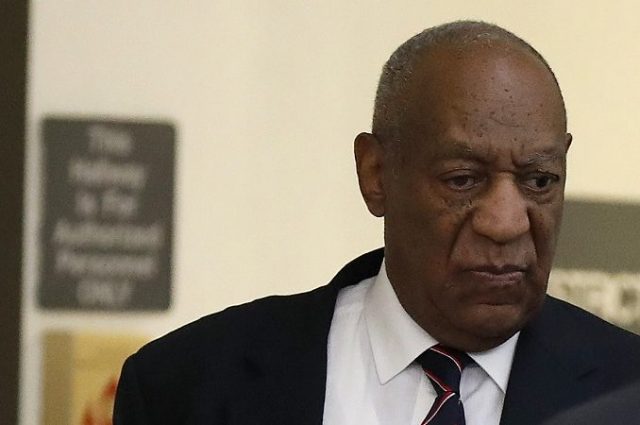 NORRISTOWN, Pa. (AP) — The Latest on the sexual assault trial of Bill Cosby (all times local):

The defense has rested after a single brief witness in Bill Cosby’s sexual assault trial.

The defense case consisted of a six-minute appearance by a detective, seemingly designed to remind jurors that Andrea Constand had visited with Cosby at an out-of-state casino and that police knew he had vision problems even then.

Bill Cosby says he will not testify in his own defense at his sexual assault trial.

The 79-year-old comedian told a judge Monday that he made the decision after talking it over with his lawyers.

The defense says it’s calling just one witness: the detective who led the 2005 investigation into allegations Cosby drugged and violated Andrea Constand at his suburban Philadelphia home.

Detective Richard Schaffer was one of 12 witnesses who testified during the five-day prosecution case.

Judge Steven O’Neill shot down the defense’s bid to call a second witness, a woman who worked with Constand at Cosby’s alma mater, Temple University.

Bill Cosby’s wife, Camille, has arrived at court with him on the sixth day of his sexual assault trial.

It’s the first day a family member has accompanied him to court. The couple also has four daughters.

The defense opens it case Monday. Cosby had said before the trial he would not testify. But a spokesman said last week it still was a possibility.

Last week, accuser Andrea Constand testified that Cosby drugged and molested her in 2004 at his gated estate near Philadelphia.

Jurors also heard Cosby’s version in the form of his police statement and his lurid deposition in her 2005 lawsuit.

The trial will move to closing arguments if no defense witnesses are called.

Actor Bill Cosby could charm jurors at his sexual assault trial if he testifies this week, but experts say the risk would be considerable.

The defense is scheduled to begin presenting its case on Monday in suburban Philadelphia.

Cosby’s spokesman says the 79-year-old actor may testify, but his lawyers remain mum.

Last week, accuser Andrea Constand testified that Cosby drugged and molested her in 2004 at his gated estate near Philadelphia.

Jurors also heard Cosby’s version in the form of his police statement and his lurid deposition in her 2005 lawsuit.

The trial will move to closing arguments on Monday if no defense witnesses are called.