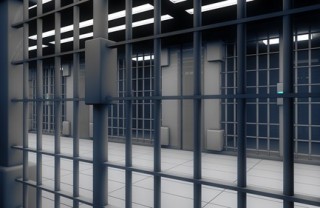 The U.S. Department of Housing and Urban Development released a document last week providing guidance for applying the Fair Housing Act to people with criminal records that contains some controversial implications. The document, provided by General Counsel Helen R. Kanovsky, states that landlords who have blanket policies of not renting to people with prior criminal convictions may be guilty of racial discrimination. You read that correctly. People who don’t want to rent to criminals, regardless of race, can be found guilty of racial discrimination simply because blacks and Hispanics are disproportionately convicted of crimes compared to their percentage of the general population. The argument is that targeting all criminals equally will have a disparate effect of discriminating against minorities.

The argument presented by the Housing Department centers around blanket treatment of ex-convicts without taking their individual circumstances into account. The feds claim that barring all people with prior convictions without taking into account the nature of their offenses or when they were committed could prevent productive members of society from finding decent homes. Like, if 60-year-old woman stole some candy from a store when she was 18 and never committed any crimes after that, a blanket policy would hold that against her when she now tries to get an apartment. Even someone with a more serious conviction who served their time and can demonstrate that they’ve become a pillar of the community wouldn’t be able to show that they are not a security risk.

Using the fact that blacks and Hispanics are convicted at rates disproportionate to their percentage of the general population, the Housing Department argues that policies against renting to people with prior convictions are therefore racial discrimination unless a landlord can prove otherwise. This new guidance for application of the law provides a three-step test for determining whether a landlord’s policy is problematic. First, the government would have to show that “that the criminal history policy has a discriminatory effect,” by providing local or national statistics.

Then, a landlord would have to show that their policy is necessary to serve a non-discriminatory interest. For instance, if a landlord has a no-convict policy because they want to protect the safety of the building and the tenants, the guidelines say:

A housing provider must, however, be able to prove through reliable evidence that its policy or practice of making housing decisions based on criminal history actually assists in protecting resident safety and/or property”

It is unclear as to how landlords are supposed to do that, but if they are successful, the government would then have to prove that a narrower, less discriminating policy could achieve the same result.

Julián Castro, the Secretary of Housing and Urban Development, believes this will help former criminals reintegrate into society. “Many people who are coming back to neighborhoods are only looking for a fair chance to be productive members,” he said in a statement, “but blanket policies like this unfairly deny them that chance.”