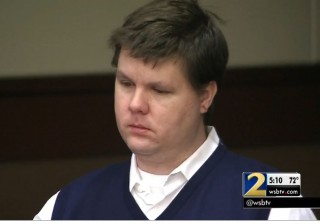 Jury selection is set to begin Monday in the case of the Georgia man who is accused of murdering his 22-month old baby by leaving him in a hot car while he went to work. Justin Ross Harris is facing multiple charges, including malice murder, felony murder, and cruelty to children. We will be covering the trial daily, including providing a live feed on LawNewz.com.

According to WSBTV, there are 550 people in a jury pool that needs to be whittled down to 12 impartial jurors and some alternates. In pretrial motions, prosecutors have also focused on Harris’ unfaithful marriage and allege that he sent sexually explicit text messages to minors while his young boy, Cooper, was suffering inside the hot car.  Harris is also facing 8 separate charges for sexting with minors.

Just last month, Harris’s divorce was finalized. However, his ex-wife’s attorney told the Atlanta Journal Constitution that she believes what happened was merely an accident. That is also Harris’s defense. He says he forgot to drop his son off at day care.

According to the Associated Press, attorneys for Harris have already alleged that some of the pre-trial publicity could interfere with their client’s right to get a fair trial. LawNewz.com will be carrying a live feed of the trial, so stay here for updates.