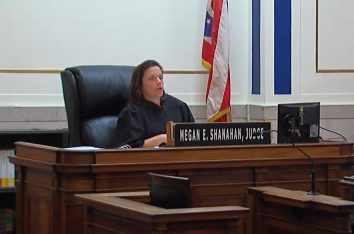 What was supposed to be a brief recess turned into a lengthy delay on Friday morning in the trial of former University of Cincinnati police officer Ray Tensing. Prosecutors charged Tensing with murder over the shooting of motorist Sam DuBose during a traffic stop in July 2015.

Some jurors reportedly refused to return to the courtroom after learning of Judge Megan Shanahan’s decision to grant a media request for the release of jury questionnaires. Judge Shanahan agreed to redact jurors names before releasing the questionnaires, but jurors apparently do not want to risk being identified, citing safety concerns.

As the delay spilled over into the afternoon, the Cincinnati Enquirer newspaper withdrew its request for the juror questionnaires, seemingly in the hopes of ending the delay.

BREAKING This should end the delay in #TensingTrial (unless another media outlet makes same request?) We’re inside courtroom awaiting update https://t.co/2TGbNTwuAk