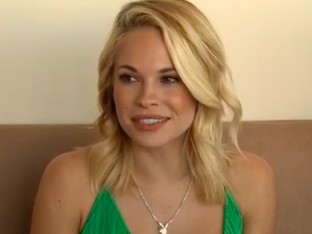 Back in July, model and former Playboy Playmate Dani Mathers took a picture of a naked woman in a gym locker room, and posted it to Snapchat with the mocking caption, “If I can’t unsee this then you can’t either.” She was instantly torn to shreds on social media for her body shaming, but now she’s facing a criminal case, TMZ reported.

Police located the woman in the picture in September, which made it easier for authorities to bring a case against Mathers. On Friday, the Los Angeles City Attorney’s Office is now charging her with invasion of privacy. If convicted, Mathers could spend up to six months behind bars.