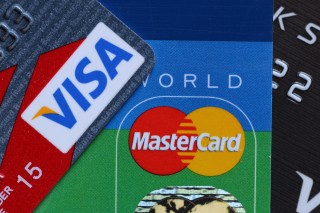 The Supreme Court decided on Tuesday to hear an appeal brought forward by Visa, MasterCard and several banks seeking to throw out lawsuits saying that they conspired to drive up ATM fees in violation of anti-trust law.

The appeals court of the District of Columbia Circuit originally ruled on these cases in August of 2015 after reviving three class-action lawsuits against the credit card giants. It also claims that a district court was wrong to claim that the consumers had no standing to sue and had not adequately alleged anti-trust fraud.  In addition, it remanded the consolidated lawsuits to the district court for further proceedings. This decision revived the three lawsuits, two class action suits brought by consumers, and one brought by independent ATM operators.

The lawsuits also claim that major banks also benefitted from these rules as equity shareholders in both Visa and MasterCard. The lawsuit also lists JPMorgan Chase, Bank of America and Wells Fargo as defendants. The banks allegedly set higher ATM charges while they still controlled MasterCard and Visa before they went public in 2006 and 2008 respectively.

The lawsuits are looking for damages for the consumers and ATM operators for violations of anti-trust law.

The Supreme Court will hear this case among others during the next term which begins in October and ends in June 2017.