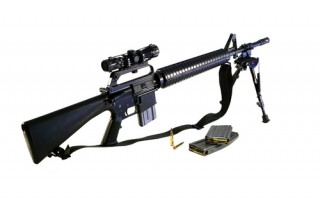 The Supreme Court turned away challenges to state assault weapons bans in Connecticut and New York on Monday. By refusing to hear challenges to the bans, the states’ gun control laws remain in place. The appeal, which the Court declined to hear, was of a Second Circuit Court decision that upheld a ban on semiautomatic guns and large magazines in both states.

The laws first went into effect after a shooter, Adam Lanza, killed 20 children and six faculty members at Sandy Hook Elementary School in Newtown, Connecticut in 2012. Lanza had used a semiautomatic rifle during the attack. The type of weapon used by Omar Mateen in the Orlando nightclub shooting, while legal in Florida, is banned in New York and Connecticut. A federal ban on assault weapons had been in effect until 2004, but efforts to restore it were defeated in Congress. Currently, seven states and Washington, D.C. still ban semiautomatic rifles.

The Supreme Court did not comment on the law, simply deciding that they will not hear the appeal. The high court has not issued a gun rights decision since 2010.