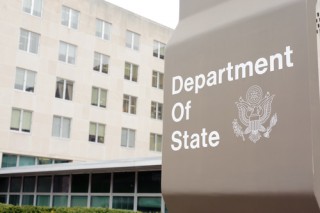 The State Department has told the House Oversight Committee that they will not hand over any emails related to the Committee’s investigation of eight minutes of video that was deleted from government archives, The Hill reported. The missing footage captured former department spokeswoman Jen Psaki implying that it was government policy to lie to the press when it suited their interests.

The State Department first blamed the missing video on a glitch, before admitting that it had been deleted, but no one is saying why it happened or who was behind it. The House Oversight Committee is now trying to get to the bottom of it, and asked the Department to turn over emails for their probe. Spokesperson Mark Toner said to reporters, “We have gone through the emails, but I don’t think we thought it was necessary to share those documents with the committee at this time.”

Toner said none of the emails that the Department reviewed in their internal investigation were of any significance. “We didn’t find any documents and we’re not going to just hand over all the emails that … aren’t relevant.”