Stanford Sexual Assault Victim Wants to Remain Anonymous: ‘I am Every Woman’ 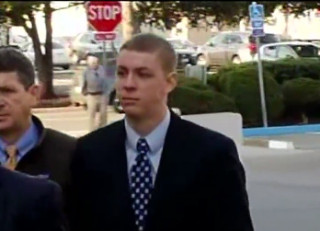 The prosecutor in the sexual assault case against Brock Turner, the Stanford University swimmer who was convicted of assaulting an unconscious woman behind a fraternity house, spoke with CNN’s Ashleigh Banfield on Tuesday. The attorney, Alaleh Kianerci, said that the woman was appreciative of the outpouring of support that she has received, and then read a statement from her explaining her desire to remain anonymous, despite requests for interviews.

“I don’t need labels, categories to prove I am worthy of respect … I am coming out to you simply as a woman wanting to be heard,” she said, ending her statement by declaring, “For now, I’m every woman.”