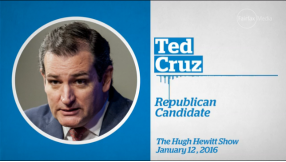 Ted Cruz isn’t new to making controversial or knowingly false statements. In fact, PolitiFact rates the Texas Republican’s statements as 65% mostly false, false or pants on fire, the lowest common denominator of truth. His former-friend, now foe, Donald Trump holds steady at 76% by the same rating. That is pretty striking.

While candidates like Cruz and Trump speak with impunity from veracity in the U.S., international leaders, like Australian Labor leader Bill Shorten, are wholly more intolerant of political chicanery. Shorten sent a fervent letter to the Presidential hopeful in which he berated Cruz for his incendiary claim that Australia’s 1996 widely-praised gun buyback program led to an increase in rape. This coming from a man who paraded up and down Harvard’s (yes, Harvard) dorm hallways in a paisley bathrobe where female students lived.

In a January 12 interview with Hugh Hewitt, a conservative radio talk show host, Cruz claimed that since the program’s inception, “the rate of sexual assaults, the rate of rapes, went up significantly, because women were unable to defend themselves.”

The letter, exclusively released to The Huffington Post, cites Shorten as saying, “These claims are both offensive and incorrect.” The Labor leader continued with a plea to Cruz for honesty, truth and reform, “I urge you to study our example in detail before you pass comment on our system again. Please do not misrepresent the success of Australia’s gun reforms in a misguided defence of your own gun laws. Americans are entitled to know the truth – that the reforms to Australia’s gun laws are working and lives are being saved.” If Cruz’s past is any indication, this will likely fall on deaf ears.

The Washington Post, which has its own metric for honesty, gave Cruz’s statement four Pinocchios, or a whopper, the height of their Pinocchio threshold for dishonesty. Put simply, there is no evidence to corroborate Cruz’s claims. 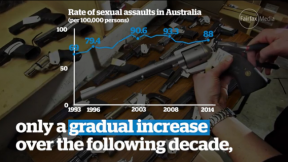 Australia passed serious gun reforms after the 1996 Port Arthur massacre in which a sole gunman murdered 35 innocent people with a semi-automatic weapon. The tragedy was followed by a swift bipartisan response to tighten gun ownership restrictions. Australia has not had a mass shooting since.