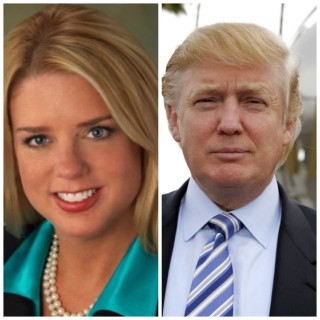 I am now pretty much convinced that it would be impossible to prove any kind of bribery allegation against Donald Trump or Pam Bondi for his foundation’s $25,000 donation to a fund to reelect the Florida Attorney General. And surprisingly, the documents that put to rest this entire ordeal were dug up by The New York Times. As hard as they try to keep the scandal alive, based on this evidence, I think there is no way a prosecutor would be able to prove any kind of public corruption case. As you know, several complaints have been filed with local authorities as well as the FBI’s public corruption unit. Unfortunately for them, this case seems dead on arrival. The allegation goes that Bondi decided not to pursue a case against Trump University because she received a hefty check from Donald Trump, and he also hosted an expensive fundraiser for her at Mar-a-Lago Club in Palm Beach. But let’s break down the law.

In order to prove bribery, you must demonstrate a “quid pro quo” relationship in which the public official (Bondi) explicitly alters her decision because of Trump’s gift. The Supreme Court (in McCormick v. United States) has held that in order to prove bribery you must show “payments are made in return for an explicit promise or undertaking by the official to perform an official act.” In other words, Bondi and Trump must have had a “corrupt arrangement.”  And, that’s exactly where the case seems to fall apart. Originally, it was reported that the group supporting Bondi’s reelection recieved Trump’s $25,000 check four days AFTER he saw a local newspaper report from The Sentinel about how Bondi’ office was investigating Trump University. Shortly after the check came, Bondi’s office allegedly dropped the case. However, that timeline is wrong and so are the facts. According to new documents obtained by The Times, that’s not what happened.

Although the check was received by Ms. Bondi’s committee four days after the Sentinel report, and was recorded as such in her financial disclosure filings, it was actually dated and signed by Mr. Trump four days before the article appeared.

So, as far as we know, Trump had no idea that Bondi’s office was even looking into Trump University when he wrote a check to support her in September of 2013. In their report, The Times adds, “The check’s date does not categorically demonstrate that Mr. Trump was not seeking to influence Ms. Bondi, a fellow Republican.” However, I do think the timing of the check rules out the possibility that Bondi explicitly accepted the check because of a pre-determined arrangement she had with Trump not to prosecute. What’s more. At the time, Bondi apparently wasn’t even aware of the Trump University complaints. Read this:

There is no evidence in more than 8,000 pages of documents released by Ms. Bondi’s office in response to an open records request that she had any direct role in assessing a potential case against Trump University, or that she knew of the Florida complaints when she asked Mr. Trump for money.

“…(the) Orlando Sentinel story that erroneously reported that this Office was reviewing the New York lawsuit’s allegations “to determine whether Florida should join the multi-state case.” This was absolutely not true.

At the time of the report, the records show a staff member briefly reviewed “the allegations of the New York complaint to see if they have any relevance to Florida.” We never stated that we were reviewing the allegations to determine whether we would join a “multi state” action, as none existed, and staff had not conducted any investigation.”

The documents obtained by The Times seem to back up the AG Office’s claim that Bondi was not actually reviewing the case herself. How could she have come to some kind of explicit corrupt agreement with Trump  if she was not even aware of the complaints or even an investigation?

In addition, the documents show that most of the complaints about Trump University were received before Bondi took office. In fact, tens of thousands of complaints are filed with Florida’s consumer unit every year, and only a small fraction of those ever hit the AG’s desk.

Yes, Donald Trump had to pay a fine with the IRS because non profit organizations aren’t allowed to make political donations. The Trump Organization said that was a paperwork error. And yes, certainly, Trump may have sent the check with the hopes of wielding influence over Bondi — or perhaps hoping to win her favor and fight off any future litigation against Trump University. However, as far as any bribery allegation goes,  what happened doesn’t appear to be illegal, it’s just politics. Trump is not shy to admit when he was a businessman he engaged in the game of politics. But, unless some more evidence surfaces that shows that Bondi knew about the complaints, and also had an explicit agreement with Trump not to prosecute, this case isn’t going anywhere. It’s a non-story.  I’m not ruling out the possibility there is more there, but, at this point, I think it’s unlikely.