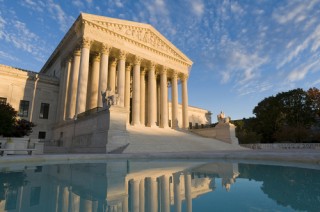 On Wednesday, the Supreme Court handed down a 4-4 split decision in Friedrichs v. CTA, a case about whether non-union public employees should be required to pay certain “fair share” fees. The fees had previously been permitted, but Rebecca Friedrichs and other teachers argued that this violated the First Amendment.

After oral arguments in January, it was unclear which way the Court would lean. Justices had brought up the issue of the far-reaching effects of banning the fees, which would mean overturning their 1977 decision in  Abood v. Detroit Board of Education. In the end, the Court was split, meaning the lower court’s decision was affirmed and unions will continue to be able to charge fees to non-members.

Justice Antonin Scalia had expressed doubt as to the necessity of these fees before he died, so his absence was certainly felt. It is unknown how his potential replacement, Judge Merrick Garland, would have ruled had he been confirmed to the Supreme Court after his nomination. Nevertheless, this is not the first 4-4 decision since the Supreme Court has been short-staffed, and the more of these that occur, the more pressure there will be on the Republican-controlled Senate to hold confirmation hearings.