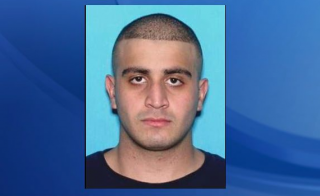 When security company G4S turned in documents to the state of Florida having to do with the mental status of Omar Mateen, the man who killed 49 people in the Orlando nightclub shooting, the psychologist listed was Carol Nudelman. The problem, however, was that this happened in 2007, and Nudelman hadn’t worked with G4S since 2005, the Wall Street Journal reported.

The psychological evaluation, which was necessary to determine whether Mateen could carry a gun as a security guard, included a personality test, and was conducted by the Headquarters for Psychological Evaluation, a third party vendor. Mateen reportedly scored an above-average rating on the evaluation, but it is unknown why Nudelman’s name was on it. Mateen never had another evaluation, even after the FBI investigated him in 2013. G4S said in a statement, “It is not our policy—nor the policy of any security provider or law enforcement agency that we are aware of—to demand psychological exams in such situations.”

The company claims that Dr. Nudelman’s name was on Mateen’s evaluation due to “a clerical error.”