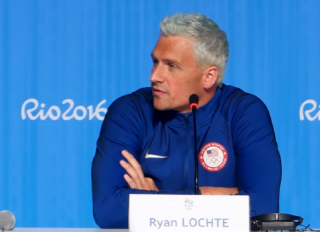 The United States Olympic Committee has confirmed reports that four American Olympic swimmers, including Ryan Lochte, were robbed at gunpoint in Rio de Janeiro over the weekend, NBC reported. The athletes are reportedly safe, and were cooperating with Brazilian authorities on Sunday.

According to four members of the U.S. Olympic Swimming Team (Gunnar Bentz, Jack Conger, Jimmy Feigen and Ryan Lochte), they left France House early Sunday morning in a taxi headed for the Olympic Village. Their taxi was stopped by individuals posing as armed police officers who demanded the athletes’ money and other personal belongings. All four athletes are safe and cooperating with authorities

Despite reports of the robbery, the International Olympic Committee had denied that it happened, according to CNN. IOC spokesman Mark Adams told media at a press briefing, “I can tell you from Ryan Lochte’s mouth that the story is absolutely not true.”

However, Lochte himself confirmed that robbery to NBC’s Billy Bush. He said in an interview that is scheduled to air on The Today Show on Monday, “We got pulled over, in the taxi, and these guys came out with a badge, a police badge, no lights, no nothing just a police badge and they pulled us over.” He continued:

Bentz confirmed on Twitter that he and his fellow Olympians are safe.

We are all safe. Thank you for your love and support.

Rio de Janeiro Civil Police told CNN that they are investigating the situation.