Beauty Queen Jailed After Being Stripped of Crown 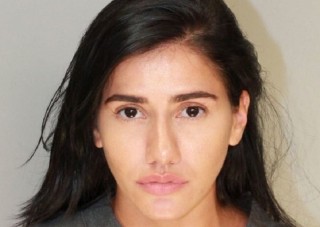 Last month, we reported about Texas beauty pageant contestants who sued to have the winner of the Miss Corpus Christi competition stripped of her crown. They argued that Caitlin Cifuentes‘ criminal history should have made her ineligible for the pageant, so she should not have won.

Well, not only did they get their wish, but now Cifuentes is behind bars. According to the Corpus Christie Caller-Times, Cifuentes allegedly violated her probation. She was on probation after a car crash in 2013 where police reports said that her blood-alcohol content was almost three times the legal limit. In order to not have a felony conviction on her record, Cifuentes had to obey the terms of her probation, which included not going to bars, nightclubs, or any stores that serve alcohol.

According to the police, on June 11, the same night that Cifuentes won the Miss Corpus Christi competition, she was spotted at a nightclub. Video of her at the club was reportedly taken, although a YouTube link in the police report has been taken down, according to the Caller-Times.

Cifuentes turned herself in to the Nueces County Jail on Wednesday, where she is being held without bail until a probation hearing. Her attorney, Lisa Greenberg, said that Cifuentes’ appearance at the nightclub was part of her pageant-related responsibilities, the Caller-Times reported.