Residents Sue After Being Denied Opportunity to Register to Vote 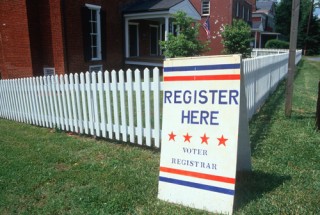 After being denied the opportunity to register to vote, a new lawsuit brought by state citizens in Texas alleges a violation of federal voting laws. While the 2016 election season has been incredibly litigious—due in large part to one Donald Trump—the lawsuit filed today brings the often circuitous voter registration process to the forefront in The Lone Star State.

The complaint, brought against the Texas Secretary of State and the Director of the Texas Department of Public Safety, by one named Plaintiff, Jarrod Stringer (and others), states that when residents attempted to update their driver’s licenses and voter registration records through the Texas Department of Public Safety, the updates did not reconcile older information and left them out of luck when time came to vote. In fact, the citizens were found to be unregistered and were forced to cast provisional ballots. Provisional ballots are used to record an individual’s vote when questions loom over that voter’s voting eligibility—often, they do not count.

The complaint, filed Monday in a federal court in San Antonio by the Texas Civil Rights Project, alleges, “Texas voters will continue to be shut out of the democratic process unless and until Defendants reform their registration practices.”

The National Voter Registration Act (NVRA), signed into law by President Clinton in 1993, aims to make registration as easy as possible by providing opportunities to any eligible person who applies for or renews a driver’s license or public assistance, for example, to register to vote when they come in contact with departments of motor vehicles, as well as public assistance agencies.

“The NVRA is very clear: The state must update registration records every time a voter updates his or her driver’s license files,” stated Peter Kraus, a lawyer helping to bring the suit on behalf of the aggrieved citizens. “We are asking Texas to take simple, commonsense steps to modernize its voter registration procedures and comply with longstanding federal law.”

Texas received complaints from more than 1,800 people between September 2013 and May 26, 2015, according to public records cited in the lawsuit.