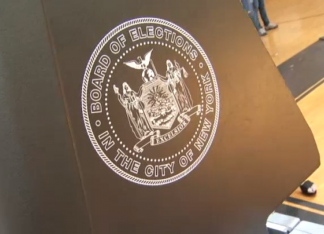 A day after the New York City Comptroller announced an audit of  the NYC Board of Elections amid complaints thousands of Democratic voters were purged from the rolls, New York Attorney Eric Schneiderman has announced that his office will also conduct an investigation.  The New York NBC affiliate says it’s also received complaints, including one voter who claims a poll worker was trying to trick people into voting for Hillary Clinton.

“Voting is the cornerstone of our democracy, and if any New Yorker was illegally prevented from voting, I will do everything in my power to make their vote count and ensure that it never happens again,” Schneiderman said in statement published by NBC 4 NY.

Schneiderman’s office said Wednesday that its voter hotline had received more than 1,000 calls and emails on primary day, with complaints ranging from issues with participating in a party primary to unclear instructions and accessibility issues. It’s not clear how many of those complaints came from New York City voters.

The number of complaints is the most the Attorney General’s Office has ever received, dwarfing the 150 messages the office received during the 2012 general elections.

In an e-mail to NBC 4, one voter accused poll workers at their precinct of election fraud, saying the workers were attempting to trick Democratic voters into casting a ballot for Hillary Clinton instead of Bernie Sanders. The station reports the city Board of Elections is also investigating that allegation.

The NYC Board of Elections did not respond to NBC 4’s request for comment on the AG’s investigation.

Earlier today, however, NYC Board of Elections Executive Director Michael Ryan called into Fox 5’s morning show to dispute the allegations of widespread voting problems and claims of the disenfranchisement of 125,000 Brooklyn Democrats.  In that interview, Ryan blamed much of the confusion on activists who he said were simply protesting New York’s closed primary voting process.