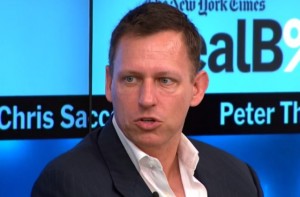 As the Hulk Hogan/Gawker trial was ongoing, there were lots of questions about how Hogan was covering his legal expenses. Mediaite founder Dan Abrams suspected back in March that someone of considerable wealth, with an axe to grind against Gawker, “was encouraging Hogan and his attorneys not to settle.”

At the time, Abrams wrote, “We received a tip that certain Tampa lawyers believe a benefactor agreed to cover Hogan’s legal fees in some capacity. I have no idea if it’s true but it sure would explain a lot of the seemingly inexplicable in this already bizarre case.”

Well, it turns out that might be the case after all, because according to Forbes, PayPal co-founder Peter Thiel covered Hogan’s expenses.

Now, you may wonder what grudge Thiel may have against Gawker. Well, if you search “peter thiel gawker” on Google, this 2007 piece shows up on the first page: 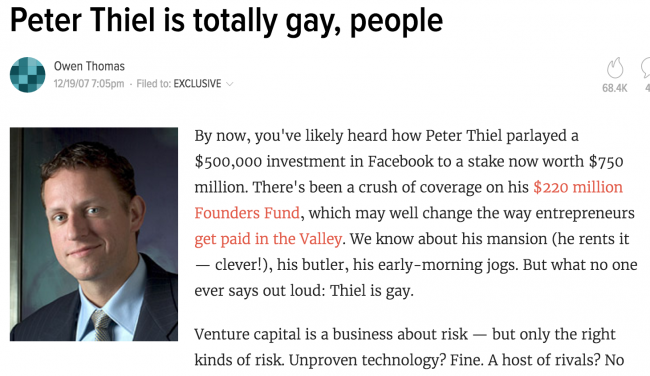 Thiel is gay, for the record, and he came out in the past few years.

Gawker founder Nick Denton told The New York Times in an interview out earlier today that he believed someone was behind Hogan’s legal fees:

“My own personal hunch is that it’s linked to Silicon Valley, but that’s nothing really more than a hunch,” Mr. Denton told me. “If you’re a billionaire and you don’t like the coverage of you, and you don’t particularly want to embroil yourself any further in a public scandal, it’s a pretty smart, rational thing to fund other legal cases.”