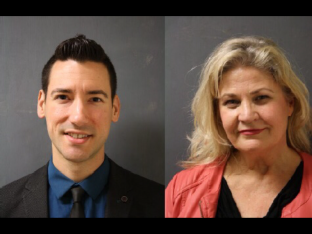 A lawyer for Planned Parenthood Gulf Coast, an organization targeted last year in a series of undercover reports by the Center for Medical Progress, has admitted to receiving an unedited copy of the sting video from a Harris County prosecutor.

David Daleiden, 27, and Sandra Merritt, 63, two pro-life activists with the Center for Medical Progress, were indicted by a Harris County, Texas grand jury for their involvement in the making of undercover videos about Planned Parenthood. Both were charged with second degree felony tampering with a governmental record for allegedly using fake identification cards to hide their real identities when making the videos. Daleiden was also charged with a misdemeanor for allegedly attempting to purchase human organs.

Earlier this month, attorneys for Daleiden filed a motion to quash the indictment, alleging that a Planned Parenthood Gulf Coast lawyer colluded with the Harris County District Attorney’s Office to bring charges against the pro-life activist.

Breitbart Texas on Tuesday obtained a copy of the Harris County D.A.’s response to the motion to quash that included an affidavit from the Planned Parenthood Gulf Coast lawyer.  In the affidavit, the lawyer admits to receiving an unedited version of the undercover video from a Harris County prosecutor.  The lawyer also admits to sharing his thoughts about the investigation, including his belief that the two filmmakers violated the law by using fake I.D.’s to enter the Planned Parenthood facility.  However, the lawyer denied that he influenced the D.A.’s office.  He further denied the collusion allegations or that he engaged in any wrongdoing with respect to the investigation.

“The recent filings by the Harris County District Attorney confirm that the DA shared confidential documents and information with abortion provider Planned Parenthood, colluding with it in the prosecution of David Daleiden,” Breen told Breitbart Texas.

Breen added, “The conduct of Harris County prosecutors in this case is outrageous and illegal. We look forward to pressing our motion to quash this indictment in court.”

The Harris County D.A.’s court filing also made it clear that the D.A.’s Office denies these allegations and any wrongdoing with respect to this investigation.