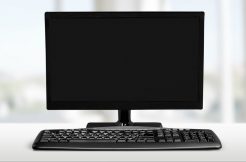 “I would refer you to public documents on the Playpen investigation, in which we seized and operated a dark web child pornography site for a period of less than two weeks,” FBI spokesman Christopher Allen told Ars Technica in a Friday report. “That was an extraordinary investigation, and to my knowledge may be the only time that has occurred. So to suggest this is a common thing is patently not true.”

And according to one affidavit obtained by the American Civil Liberties Union, it could have been even bigger. The FBI seemed to get authorization for 23 sites.

But the wording is not very specific.

“That paragraph alone doesn’t quite say the FBI is operating them,” cybercrime lawyer Fred Jennings told Ars Technica. “But definitely no other way to read that than websites 1-23 were hosted at a government facility, with the FBI’s knowledge and to the FBI’s informational benefit. It’s clever phrasing on their part.”

The Playpen investigation remains fraught. A magistrate judge signed off on the Playpen warrant, which is a bit of a problem. That warrant was used for outside of her jurisdiction, but only more senior “District Judges” can apply these to such out-of-district investigations. Accordingly, federal judges in Iowa, Massachusetts, and Oklahoma ruled that this search violated procedure. We’ve reached out to the magistrate judge, Theresa Buchanan, for comment.

At any rate, the relevant federal procedure, “41 rule,” is slated to change on December 1. Federal authorities will get expanded powers to find cybercrime suspects who’ve hidden their computers, and gives a single judges the power to okay search warrants covering five or more judicial districts.

“The amendments would not authorize the government to undertake any search or seizure or use any remote search technique, whether inside or outside the United States, that is not already permitted under current law,” the feds said in a June press release.

But Ahmed Ghappour, a professor at the University of California’s Hastings College of the Law, doesn’t believe that. In 2014, he called the rule 41 proposal “Possibly the broadest expansion of extraterritorial surveillance power since the FBI’s inception.”

[image via Billion Photos and Shutterstock]
–