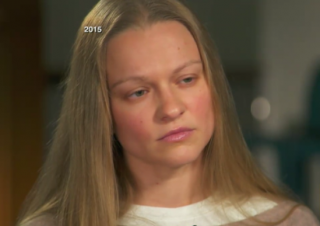 Prosecutors are basing their case against Angelika Graswald, accused of murdering her fiancé last year, on a confession she supposedly gave to investigators. At a pre-trial hearing meant to determine whether statements she made, including video of a police interview, can be used as evidence at her trial, however, the nature of the confession was called into question, the Poughkeepsie Journal reported.

Among those who testified at the hearing: Investigator Donald DeQuarto, who claimed that Graswald told him that she had pulled the plug on her fiancé’s kayak. In addition, she allegedly told him when it capsized and he started to drown, she took his paddle. DeQuarto claimed that Graswald first confessed to him during a conversation on Bannerman Island, where she had conducted a memorial service.

DeQuarto didn’t read Graswald her Miranda warnings until before an 11-hour police interview. Meaning her rights weren’t read before her initial confession. Seven hours into the interview, Graswald asked who Miranda was, casting doubt on whether she understood what was going on. However, not being familiar with the term “Miranda” does not mean that she didn’t understand the substance of the warnings, such has having the right to remain silent or to an attorney.

The investigator said that Graswald confessed again during the recorded police interview, but according to an ABC News report, Graswald initially denied the allegations in the videotaped interview. Graswald said that she ultimately confessed after hours of questioning left her exhausted. At one point during the marathon interrogation, Graswald took a bathroom break, came back and said she thought she had a miscarriage. The questioning continued. “They kept asking me the same questions like a hundred times,” Graswald said. “I knew that I was innocent, but at my breaking point, I had it. So I just gave them what they wanted.” At one point in the interrogation, she said, “I wanted him dead, and now he’s gone.”

Even the initial conversation between Graswald and investigators on the island has been challenged. Graswald’s friend Susan McCardell testified that she checked on Graswald multiple times while three investigators questioned her. McCardell described the treatment as “bullying,” and said that Graswald was crying during the questioning. “It was obvious to me she should not be alone with these three men talking to her like that,” she said. However, DeQuarto said that the first confession came during a one-on-one conversation between him and Graswald.

The hearing concluded Tuesday evening, and Judge Robert Freehill is expected to announce his decision regarding the statements on July 28. If Judge Freehill rules that Graswald’s confessions are not admissible at trial, prosecutors will be left without any significant evidence in the case, as there were no eyewitnesses to the alleged murder, and no forensic evidence was left behind.