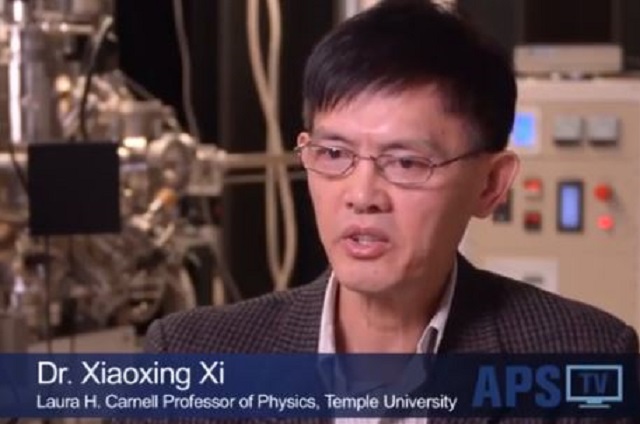 Professor Xiaoxing Xi was arrested in front of his family, strip-searched, and held at gun-point by FBI agents, all over an error stemming from allegedly illegal government surveillance, according to a lawsuit currently pending in federal court.

The interim chair of Temple University’s physics department, Xi states in his new amended complaint that his indictment, which was later dismissed by prosecutors, was based on “fabrication of evidence.” He claims that includes “false statements and representations and material omissions of facts,” in an FBI agent’s report.

According to court documents, Xi was accused of giving Chinese entities information about a device known as a “pocket heater” that belongs to U.S. company Superconductor Technologies Inc. (STI), but the information the feds found really pertained to technology that Xi himself invented. Not only that, Xi claims that information on the pocket heater’s technology was already publicly available anyway.

The lawsuit claims not only that FBI Agent Andrew Haugen knowingly or recklessly made false statements that Xi’s communications were nefarious, but that the government illegally spied on him to view his communications. Xi alleges that warrantless surveillance of Chinese universities and institutions—with which Xi communicated for academic purposes—led federal agents to come across his emails, which they then misinterpreted.

Xi, who was born in China but has lived in the U.S. since 1989, also claims that the FBI racially profiled him, in violation of his due process and equal protection rights. He also alleges that as a result of his arrest, he was placed on administrative leave, suspended from his position, and passed over for the position of permanent chair of Temple’s physics department.

LawNewz.com reached out to the FBI, but a spokesperson said they do not comment on pending litigation.

Patrick Toomey, attorney with the ACLU, who is representing Xi, said in a statement, “This case is a glaring example of an innocent American’s privacy rights being grossly violated, with disastrous consequences for Professor Xi and his family.” Toomey added, “The Constitution demands a remedy when the government runs roughshod over the rights of innocent citizens.”