Grand Jury Docs Have Been Unsealed, and It’s Looking Even Worse for Manafort 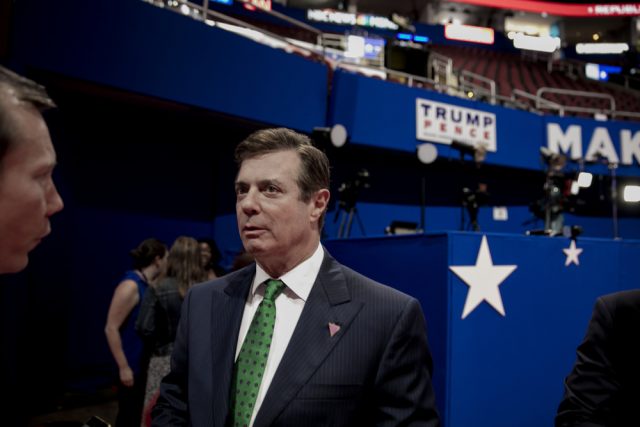 The trial hasn’t even started yet, and already, things are going badly for Paul Manafort and Rick Gates. An October 2 Memorandum Opinion was unsealed yesterday, in which D.C. District Court Chief Judge Beryl A. Howell decided to compel grand jury testimony from a lawyer representing Manafort and Gates under the crime-fraud exception to attorney-client privilege. The Special Counsel’s Office (referred to as “SCO” throughout the document) sought to compel the testimony of Manafort and Gates’ lawyer (referred to as “the Witness”). Now we know that the grand jury proceedings culminated in indictments, and Judge Howell’s ruling on the this motion to compel testimony is more than a little foreshadowing. The Court’s opinion on this issue allows us to peek into the generally secret grand jury proceedings, and that peek isn’t looking so good for the defendants.

When the Special Counsel tried to get Manafort’s lawyer on the stand, it was met with a very predictable obstacle: attorney-client privilege. Usually, lawyers are not compelled (or even permitted) to testify against their own clients, and revealing attorney-client communications is usually a major ethical breach. Courts are very hesitant to pierce privileges, whether the privilege at hand is attorney-client, spousal, doctor-patient, or priest-penitent. And on the spectrum of privileges, attorney-client is perhaps the second-most sacrosanct (it’s tough to get even the most liberal judge to invade the confessional). Judges know that the practice of law in our adversarial system would be seriously disadvantaged if lawyers could be called upon to give testimony against their own clients.

However, privileges are not absolute; among other exceptions is the “crime-fraud” exception to attorney-client privilege. Under this exception when a privileged relationship is used to further a crime, fraud, or other misconduct, the lawyer doesn’t get to use that relationship as a shield. The concept is easy, but getting a court to agree to use the exception is pretty challenging. In this case, Mueller’s office would have had to prove that the lawyer in question made the communication with the intent to further an unlawful or fraudulent act, and that Manafort and Gates actually carried out the crime or fraud. In other words, the judge at the grand jury proceeding found that there was plenty of evidence that Manafort and Gates had committed crime or fraud. Sure, for purposes of compelling a witness to testify at the grand jury phase, there’s no requirement that the crime or fraud is proven beyond a reasonable doubt, and the evidentiary rules are different than they’ll be at trial. But bottom line, a federal judge looked at the evidence available to her and found that the SCO had made a good case for guilt against Manafort and Gates. Not a good start for the former Trump advisers.

At this point, we don’t know exactly upon which evidence the court relied; however, we do know that at least some of that evidence hasn’t yet been seen by the defendants. The court’s Memorandum explained that the court had “approved the use of ‘in camera, ex parte proceedings to determine the propriety of a grand jury subpoena or the existence of a crime-fraud exception to the attorney-client privilege.’”After those in camera (privately, with the judge), ex parte proceedings (outside the presence of Manafort, Gates, and their counsel), Judge Howell specifically found:

“…witness testimony and documentary evidence to show that these statements are false, contain half-truths, or are misleading by omission…”

The court’s memorandum was heavily redacted, so at this point, it’s unclear which statements the judge meant, but this portion of the document sure sounds bad for the defendants:

“… the above statement is false, a half-truth, or at least misleading because evidence shows that Target 1 and Target 2 were intimately involved in significant outreach in the United States on behalf of the ECFMU, the Party of Regions and/or the Ukrainian government.”

Yeah, things can change at trial, but even at a preliminary phase, it’s not good for a judge to make a finding that you’re “intimately involved” in sinister foreign misdealings. Oh, and there was also this:

“Through its ex parte production of evidence, the SCO has clearly met its burden of making a prima facie showing that the crime-fraud exception applies by showing that the Targets were “engaged in or planning a criminal or fraudulent scheme when [they] sought the advice of counsel to further the scheme.”

Those seven little letters should strike fear in the hearts of Manafort, Gates, and their lawyers. The SCO hasn’t just met its burden – it’s done so clearly. Allow me to translate from judge-to-English: “You guys are screwed. Take a plea or watch everyone around you– even your own lawyers — go down.”