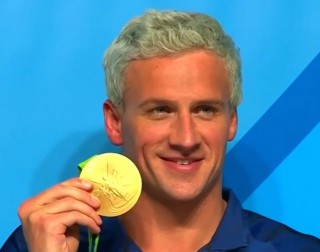 Brazilian prosecutors have reportedly charged U.S. swimmer Ryan Lochte  for falsely reporting that he was robbed at gunpoint last Sunday. Brazilian authorities believe that story was made up. They say the men had actually vandalized a gas station, and it was a security officer who had pulled a gun on them to keep them from leaving the premises.   Even though a judge tried to confiscate his passport, Lochte made it back to the United States last week. Now that he’s been charged and faces jail time, the big question: could Lochte be actually be extradited to Brazil? Doubtful. I believe, there is very little chance.  Here’s why.

The United States Brazilian International Extradition Treaty was signed in 1962, and does allow for U.S. citizens charged with a crime to be extradited to Brazil. However, the list of crimes that are eligible for extradition does not include making a false statement. Instead, the governments include crimes like robbery, larceny, and murder. They do include perjury, but that is different than making a false statement.

“I don’t see Lochte be extradited,” international law attorney Douglas McNabb told LawNewz.com.  “However, potentially what could happen is that Brazil Interpol could go to Interpol in France and ask them to issue RED notice  (international fugitive warrant). This gets sent to 190 countries. So if he were to leave the U.S. and go to a different country, he could be arrested. It would be a way of land locking him to the United States.”

“It’s very hard to believe the United States government would assist Brazil’s government in an inquest to have Lochte come back to face any charges on this matter,” lawyer David Kubiliun told the NY Post.

As we reported earlier, Under Special Part Title 11, Chapter 3, Article 340 of Brazil’s Penal Code, informing law enforcement of the occurrence of a crime or misdemeanor that never took place is subject to detention of one to six months or a fine.

This article was first published last week, and has been updated to include new information about Lochte’s charges.