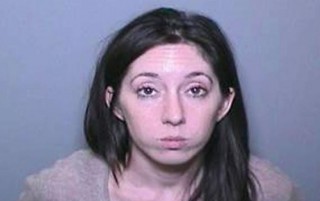 A California woman is in jail after she allegedly pretended to be her ex-boyfriend’s wife in a Craigslist ad that solicited men to rape her, the Los Angeles Times reported. Authorities said Hadley posted an ad in June, saying that she wanted to carry out “rape fantasies,” and sent the woman’s picture and daily routine to men. The district attorney’s office said, “Hadley is accused of telling the responders that the victim wanted the responders to have forcible sexual intercourse with her, even if she screamed or resisted.”

Prosecutors said that men started showing up at the woman’s home, intending to rape her, and that one man actually attacked her, but fled before police responded.

Hadley reportedly had dated the woman’s husband, a U.S. marshal, for two years before he and the woman, who is now pregnant, got married.

Hadley was arrested on June 24 and released on $100,000 bail, but she kept posting on Craigslist and emailed threats against the woman and her unborn child. She allegedly used multiple computers as an attempt to avoid being discovered by authorities, and to get around a restraining order. Police arrested Hadley again on July 14. This time, bail was set at $1 million. She is facing 10 felony charges, including making threats, stalking, assault, and attempted forcible rape. She could end up with life in prison if convicted.