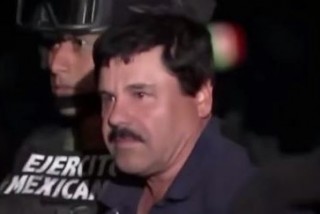 Mexican legislator Lucero Sánchez López is facing a trial for allegedly using false identification to visit convicted drug lord Joaquín “El Chapo” Guzmán in 2014. Prosecutors claim that López was caught in a photograph using a fake ID at the Altiplano maximum-security prison where  Guzmán was being held, Vice News reported.

López’s real ID was allegedly found outside a safe house where Guzmán fled from a sting operation in January 2016. According to Vice, there has been speculation that the two were romantically involved. López, who is from the Sinaloa, the same state as El Chapo, claims she never even met with Guzmán. It is not illegal for politicians to meet with drug lords in prison, which raises questions as to the reason for using a fake ID, if she actually used one.

“Since the start of this whole thing there has not been a single piece of evidence against me, ” López posted on Facebook before prosecutors filed charges. If convicted, she could serve up to 12 years in prison.