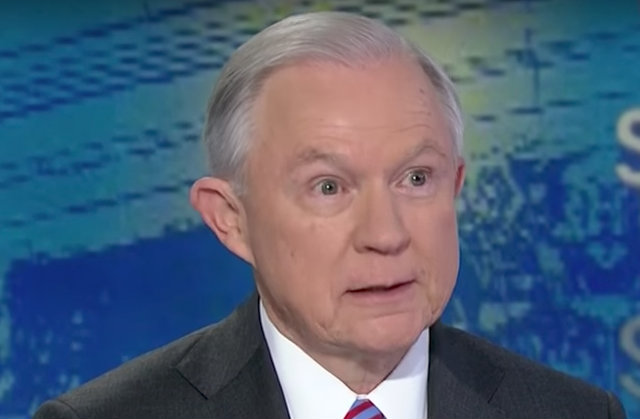 Jeff Sessions reportedly refuses to quit as attorney general despite getting publicly chewed out by President Donald Trump.

“Sessions is totally pissed off about it,” a Sessions ally familiar with his thinking told The Daily Beast in a Tuesday report. “It’s beyond insane. It’s cruel and it’s insane and it’s stupid.”

Trump lashed out at the AG two days in a row.

So why aren’t the Committees and investigators, and of course our beleaguered A.G., looking into Crooked Hillarys crimes & Russia relations?

That’s a hell of a thing to say about your employee. In public, no less. It doubles down on Trump’s interview with The New York Times, published Wednesday, in which he went after Sessions for his decision to recuse himself from the Trump/Russia probe.

“Sessions should have never recused himself, and if he was going to recuse himself, he should have told me before he took the job and I would have picked somebody else,” the president said.

The AG’s allies told The Beast that Trump’s criticism is simply counterproductive because Sessions is one of the president’s most consistent, long-time supporters. Instead, criticism over the special counsel appointment should be made against Rosenstein. As for the president, the AG will just call his bluff.

“He’s not going anywhere,” one of the Sessions backers told The Beast. “He is not going to resign. What he is accomplishing is way too important to the country.”

LawNewz.com has reached out to a DOJ spokesperson regarding the AG’s employment status. We will update if there is a response.