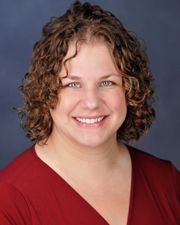 Andrea Quenette, a University of Kansas professor who is accused of using a racial slur in the retelling of an event was subjected to a four-month long investigation, after students called for her termination. Last week, Professor Quenette was cleared of wrongdoing, but says the ordeal has taken a huge toll on her both professionally and personally. She had been suspended since November, while the investigation was ongoing.

The lesson that was under review took place in November amidst the nationwide debate over policing and race. Her exact words are in dispute. According to a letter, the students who complained said that she said, “As a white woman I just never have seen the racism.. It’s not like I see ‘n*****’ sprayed on walls.” After the lesson, five students filed complaints, saying that she had create a hostile environment.

“Most immediately concerning are the ways this terminology functions as terroristic and threatening to the cultivation of a safe learning environment,” the students wrote.

According to Inside Higher Ed, Quenette says she was only comparing her university to another, where more students heard the word. She says she never directed the word at anyone, but it instead was using it as an example of a slur.

“To be honest, I am afraid of engaging in a discussion of race and diversity in the classroom,” Quenette said to Inside Higher Ed. “I hope that I can use resources on my campus and support from other faculty to better equip myself for such a situation. Given the importance of diversity on our campuses, it is a conversation that should take place in my classroom, but I am anxious about it. This disappoints me because not only do I love teaching and exploring topics of interest to my students, but I care deeply about students’ development and well-being. I want students to feel they are in a good situation that allows them to learn and grow in positive ways. I believe it will be harder for me to respond to my students now because I am afraid of saying something wrong.”