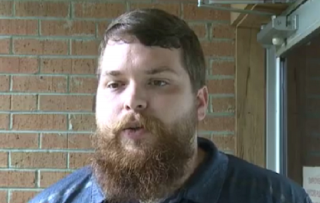 Pastor Jonathan Greer was voted out of his position at Mt. Sterling Baptist Church in Butler, Alabama, after he said a deacon told him not to invite black children to a bible school, WTOK reported. Rev. Greer served at the church for a year and a half.

“There was pushback about where the types of children we were bringing in, and I was asked to not invite black children to VBS,” Greer said, referring to the church’s Vacation Bible School.

Deacon Freddie Moore denied Greer’s allegation, saying that the pastor was terminated because he wouldn’t work with deacons and did not visit enough congregants. Moore said that people of all races are welcome at the church. Greer disputed this, saying that he was told on more than one occasion that black people were not allowed at the church. “This was a particular deacon that asked me, and ultimately, two deacons that had asked me not to invite black people,” he recalled. “I tried to communicate with them that that’s just not consistent with Christianity.”

Greer said the deacons asked him to quietly resign, but he refused, opting to give a sermon about racism on Sunday. It was his last. The church’s board voted him out in a unanimous 31-0 decision.

“This is not consistent with God’s word that we honor and give dignity to all people,” Greer said. “That’s what the Bible teaches us, and all people are worthy and in need of the gospel, and racism denies that to a certain amount of people.”