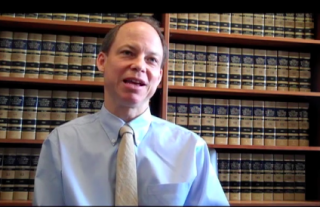 Santa Clara County Superior Court Judge Aaron Persky has come under intense fire from certain groups after he sentenced former Stanford University swimmer Brock Turner to six months in county jail and three years probation. The sentence sparked intense outrage by people who thought it was too light given the fact Brock was convicted of three felonies related to the sexual assault of a woman outside a fraternity party in January of 2015. According to trial testimony, the woman was discovered behind a dumpster, in a highly intoxicated state, with her dress pulled up, and her underwear removed. While the concern about a light sentence may be justified, the calls to remove and recall the judge aren’t.

During the sentencing hearing last week, the victim addressed her attacker in the court and a read a very powerful victim impact statement about how the assault has impacted her life. Due to the attention the victim’s letter received, the outrage and uproar over the sentence has gone viral. There is a change.org petition calling for the recall of Judge Persky which has already gathered nearly a half a million signatures.

One of the most vocal critics of Judge Persky is Stanford University Law Professor Michele Dauber, who also happens to also be a family friend of the victim in this case. According to the Guardian, she is organizing an official petition drive, separate from the change.org effort, to remove Persky from the bench.

“He has made women at Stanford and across California less safe,” Dauber said about Judge Persky to the Guardian. “The judge bent over backwards in order to make an exception … and the message to women and students is ‘you’re on your own,’ and the message to potential perpetrators is, ‘I’ve got your back.’”Dauber also made mention of letter signed by almost 250 students that she submitted to the judge, urging him not to “go easy” on the defendant.

Dauber may be justified in raising concerns about the “light sentence.” However, these folks go too far when they start calling for the removal of Judge Persky from the bench.  This is especially true in this situation. Regardless of how egregious Mr. Turner acted on that January 2015 evening, Judge Persky simply followed the recommendation in the probation officials sentencing memo. Something that he is allowed to do, and something that many judges in other cases do as well.  According to the San Jose Mercury News, probation officials recommended a six-month sentence for Turner “largely because he has no prior criminal record and their belief that he is genuinely remorseful.”

Most states have similar procedures for sentencing hearings that include some form of comprehensive report from a state board that provides a judge with relevant information about the defendant prior to sentencing.  This explanation is oversimplified, but the report is usually developed through interviews with the defendant, a review of the defendant’s  past criminal behavior, etc.  The collected information is then evaluated to determine a future risk and presented to the judge along with a sentencing recommendation.

Depending on the state and circumstances, a judge is free to follow or deviate from the state board’s recommendation. Judge Persky followed the California state board report in handing down his sentence.  As a judge, he is entirely free to do so. Unless you support the draconian mandatory minimum sentencing that took hold in this country at the federal level in the 1980s, you should be happy a judge has the power to sentence offenders as individuals, on a case by case basis. You might not agree with this sentence, but the judge’s decision is certainly not grounds for him to be removed.

This is not to minimize what Mr. Turner did — it was clearly awful — but to try to get a judge removed from the bench over a sentence is not just flat out wrong, it would be unprecedented.

According to the California State Commission on Judicial Performance, only six judges in California were removed from the bench between 2005 and 2014. As Loyola law professor Laurie Levenson told the Los Angeles Times, judges are rarely removed from the bench, absent some egregious act of abuse.  So what would qualify? For example, the Fresno Bee reports of the 2015 judicial removal case of Tulare County Superior Court Judge Valeriano Saucedo who was removed from office after having an improper relationship with a court clerk and then lying about to Judicial Commission investigators.  The same article also discusses the removal of Corcoran Municipal Court Judge Glenda Doan in 1995. Doan was accused of improperly reducing bond for her gardener in a felony drug case, accepting and not reporting improper loans, and lying in a bankruptcy petition.

From these few examples, one can clearly see Judge Persky is not a candidate for removal or recall. Those advocating such drastic action would be wise to take a step a back to reevaluate the next step forward.  Perhaps their energy would be better spent on advocating for changes through the legislature.

What Prof. Dauber is doing is dangerous and uninformed.  Her vendetta is almost certainly causing (unintended) problems for members of the judge’s staff, most of whom had nothing to do with this decision.  There is nothing quite like being a member of a trial court judge’s staff and getting inundated with anonymous, disturbing and threatening e-mails from individuals who have 1/4 of the story as to why your boss did what he did.

Disagreeing with Judge Perskey’s opinion is fine, but there is proper way to get you point across.  Santa Clara County District Attorney Jeff Rosen recently did so on CNN.

“While I strongly disagree with the sentence that Judge Persky issued in the Brock Turner case, I do not believe he should be removed from his judgeship,” Rosen said to CNN.

That is the proper way to disagree with this sentence.   One would hope a professor of law at prestigios Stanford University would know that.