Canada May Change National Anthem to be ‘Gender Neutral’ 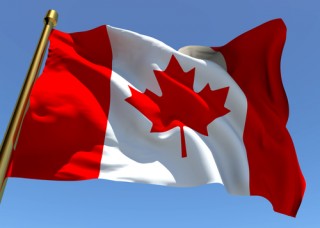 In today’s edition of “I Can’t Believe People Are Fighting About This,” the Canadian Parliament is struggling over a bill that would revise the lyrics of Canada’s national anthem to be gender-neutral. If the bill passes, the lyrics would change from “in all thy sons command” to “in all of us command” – which is a nice thing to do, because, you know – women.

While Canada has long been the imagined refuge of Americans fleeing from backward thinking in the states, it turns out that there are plenty of obtuse social conservatives up North too. Conservative MP Erin O’Toole (who is a man, so don’t get all excited) describes the move to make the anthem gender-inclusive as “wrong,” because it “tread[s] on [Canada’s] heritage and history.” Seriously? Given O’Toole’s fervor, you’d think they’d suggested replacing the lyrics with “tampons” and “ovaries.”

The drafter of Bill C-210, Liberal MP Mauril Bélanger, argued that Canada is ready for an inclusive national anthem “that respects what we were, and what we have become as a country.” The change is meant to “honour the contribution and sacrifice of our Canadian women, in addition to those of our men, in our national anthem.” Sounds good to me.

There are times when the pursuit of absolute gender-neutrality feels like overkill, but this change seems about right. And honestly, it’s two words. No one is changing the melody or the leaf or anything, so let’s just calm the hell down. And I’m not buying the whole “this is tradition and we can’t mess with it.” “O Canada” has only been the national anthem since 1980. Talk to me about maple syrup and poutine. Those are traditions.

The initiative to go gender-neutral has been backed by Canada’s new Liberal government, and easily passed a second reading in the House of Commons this week with a vote of 219-79.  The bill next heads to the Senate, and will probably be adopted this fall.