Study: Schools that Cheat NCAA Do Better with Alumni Donors 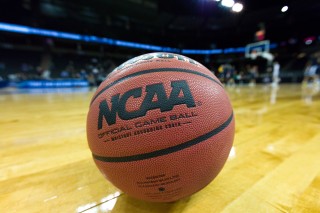 A recent study states that schools in the top 50 US News and World Report university rankings who got in trouble with the NCAA saw a large boost in alumni donation.  The professors who conducted the research found that the financial donations of alumni to those institutions with some NCAA infractions increased while they were under scrutiny.

Reger and her colleagues believe that people who have strong ties to a certain institution will be more likely to support that institution in its time of need.  For example, when Jerry Sandusky, formerly the defensive coordinator at Pennsylvania State University, was arrested and convicted on 45 counts of child sexual abuse, the University still managed to raise 208 million dollars. The NCAA ended up fining Penn State 60 million dollars for the incident.  The 208 million dollars ended up being the second highest amount given in one year in its history. Money donated to the football team alone increased by 7 million dollars.

However, not surprisingly, Reger is not advocating that schools cheat in order to raise money.

“Some schools saw increases in the hundreds of thousands and even millions of dollars after an infraction, but there is a threshold. Three or four violations is where you see that increase. At about seven is where the alumni donations start falling back to where they were when there was no violation. More than seven is where even those who are most loyal start to feel hurt by the cheating,” Reger told Inside Higher Ed,

According to their research, people will rally around what they believe in, and people who don’t believe in the cause will shy away.  Reger also pointed out that non-alumni donations dropped after a NCAA scandal, which could affect the public’s view of the university. Apparently, sometimes, it does pay to cheat.